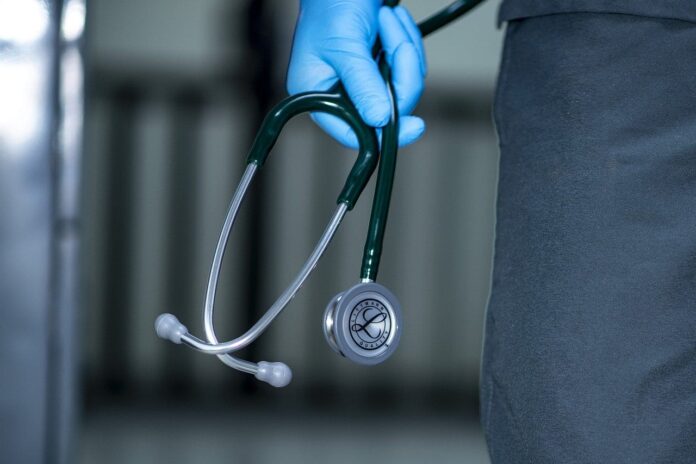 The Centers for Disease Control and Prevention (CDC) and the Texas Department of State Health Services confirmed on July 15 a case of human monkeypox in a U.S. resident who recently traveled from Nigeria to the United States. The person is currently hospitalized in Dallas. CDC is working with the airline and state and local health officials to contact airline passengers and others who may have been in contact with the patient during two flights: Lagos, Nigeria, to Atlanta on July 8, with arrival on July 9; and Atlanta to Dallas on July 9.

Travelers on these flights were required to wear masks as well as in the U.S. airports due to the ongoing COVID-19 pandemic. Therefore, it’s believed the risk of spread of monkeypox via respiratory droplets to others on the planes and in the airports is low. Working with airline and state and local health partners, CDC is assessing potential risks to those who may have had close contact with the traveler on the plane and specific settings.

Monkeypox is a rare but potentially serious viral illness that typically begins with flu-like illness and swelling of the lymph nodes and progresses to a widespread rash on the face and body. Most infections last 2-4 weeks. Monkeypox is in the same family of viruses as smallpox but causes a milder infection. In this case, laboratory testing at CDC showed the patient is infected with a strain of monkeypox most commonly seen in parts of West Africa, including Nigeria. Infections with this strain of monkeypox are fatal in about 1 in 100 people. However, rates can be higher in people who have weakened immune systems.

Background on monkeypox in Africa

Experts have yet to identify where monkeypox hides in nature, but it’s thought that African rodents and small mammals play a part in spreading the virus to people and other forest animals like monkeys. People can get monkeypox when they are bitten or scratched by an animal, prepare wild game, or have contact with an infected animal or possibly animal products. Monkeypox can also spread between people through respiratory droplets, or through contact with body fluids, monkeypox sores, or items that have been contaminated with fluids or sores (clothing, bedding, etc.) Human-to-human transmission is thought to occur primarily through large respiratory droplets. Respiratory droplets generally cannot travel more than a few feet, so prolonged face-to-face contact is required.

Most monkeypox outbreaks have occurred in Africa. In addition to Nigeria, outbreaks have also been reported in nine other countries in central and western Africa since 1970. Monkeypox also caused a large outbreak in people in the United States in 2003 after the virus spread from imported African rodents to pet prairie dogs.

CDC poxvirus experts have been supporting the investigation and response to Nigeria’s monkeypox flare-ups since 2017 when the disease re-emerged in Nigeria after a nearly 40-year stint with no reported cases. During 2017, CDC sent investigators to assist the Nigerian CDC and the National Veterinary Research Institute with tracing contacts of ill patients, providing diagnostic tests, training lab staff in country to safely test samples from suspect monkeypox cases, providing diagnostic tests and capturing small mammals to test for monkeypox (which would help identify which animals carry the disease in nature).

Scientists at CDC labs in Atlanta have also provided laboratory testing, including specialized tests to identify people who may have had monkeypox and recovered, sequencing to trace outbreaks and phylogenetics to determine if clusters of cases were related. CDC continues to train Nigerian partners in how to collect wildlife to test for which animals carry the virus in nature, helping to improve the country’s ability to track monkeypox cases in people and interview community members about their interactions with local wildlife. CDC is also running trials in Democratic Republic of Congo to assess whether the smallpox vaccine Jynneos may help protect healthcare workers from contracting undiagnosed monkeypox infections from their patients.

NBIS Industry Onboarding Is Now Open for All Organizations