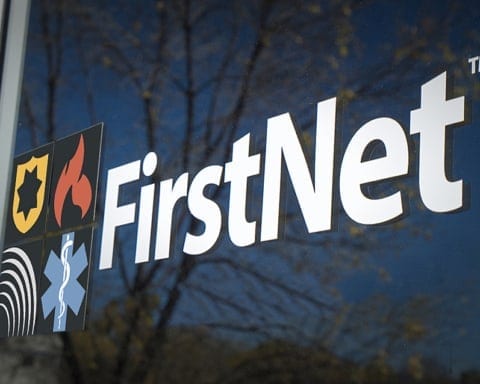 The FirstNet authority, established by statute in 2012, created a nationwide broadband network for first responders, such as police officers and firefighters. FirstNet contracted with AT&T in 2017 to deploy the network, which will be fully operational in 2023. But FirstNet’s authority will be terminated in 2027, and another federal agency to oversee network operations or updates is yet to be identified.

It is FirstNet’s responsibility to collect fees and to reinvest these funds to enhance the network. FirstNet expects to collect and reinvest $18 billion in fees from AT&T over the 25-year duration of the contract with AT&T. However, GAO found that no organization has yet been appointed to assume responsibility for fee collection and reinvestment if FirstNet’s authority is terminated.

GAO’s 2020 report on FirstNet’s deployment of the network determined that the authority used various mechanisms to oversee AT&T, many of which aligned with key contract-oversight practices. However, the report also pointed out that FirstNet lacked: a reliable master schedule to review, communication with relevant stakeholders regarding contract oversight, and meaningful information on end users’ satisfaction to gauge performance quality. GAO made four recommendations to remedy these weaknesses, two of which have been implemented.

Two options to address FirstNet’s termination of authority in 2027 include reauthorizing FirstNet or transferring FirstNet’s responsibilities to one or more other agencies. GAO’s February 22 report notes that should Congress decide to reauthorize, then it would also have options in where to put FirstNet: keep it within the National Telecommunications and Information Administration (NTIA), place it within another federal agency, or establish it as a separate federal organizational entity.

According to GAO, each of the overall options has different operational implications and potential costs. For example, some public-safety stakeholders told the government watchdog that reauthorizing FirstNet would prevent network disruption; FirstNet officials agreed and further added that this option would not introduce new costs. Further, such a reauthorization would enable retention of existing network expertise and experience in engaging with the public-safety community. By contrast, the option to transfer responsibilities to one or more other agencies may lead to additional contract costs and introduce new risks. For example, stakeholders noted that transitioning oversight to another agency or agencies could be problematic for contract oversight, requiring more coordination and potentially leading to inefficiencies.

Regarding FirstNet’s organizational placement if reauthorized by Congress, advantages and disadvantages of each option would vary.

Keeping FirstNet within the Department of Commerce would result in no new costs for the federal government and align with the NTIA’s mission of supporting the broadband network and managing federal spectrum’s use. However, FirstNet officials believe that the current placement limits their ability to independently oversee and manage the network.

GAO said that some stakeholders and FirstNet officials did not identify any advantages in placing FirstNet in another federal agency. Disadvantages of doing so include incurring additional transition costs, and potentially having to rebuild trust with public-safety entities.

According to FirstNet officials, reauthorizing FirstNet as an entity separate from another executive branch agency would enable it to exercise its authorities without undue constraints from a federal agency. However, disadvantages include the need to establish mission-support services (e.g., financial and legal support) and the loss of available oversight mechanisms, such as from the Department of Commerce’s Inspector General.