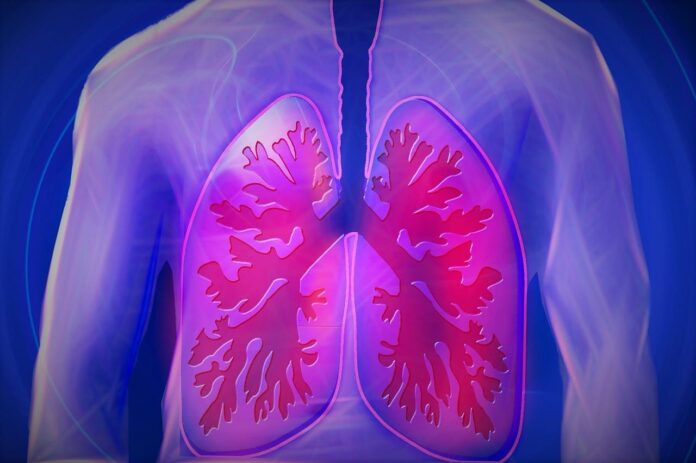 The U.S. Department of Health and Human Services (HHS) will support tests of organ-on-a-chip technology to determine how it can be used to understand injuries caused by inhaled chlorine gas, a potential national security threat, and to develop treatments for those injuries.

The Biomedical Advanced Research and Development Authority (BARDA), part of the HHS Office of the Assistant Secretary for Preparedness and Response, will provide technical expertise and approximately $13.5 million over the next two years to Wake Forest Institute for Regenerative Medicine (WFIRM) of Winston-Salem, North Carolina, to validate how the group’s lung-on-a-chip technology, also known as an organ tissue equivalent, works in modeling the effects of chlorine gas on human lungs. BARDA can support additional work over the next five years, providing funding up to a total of approximately $24 million.

“We are continually looking for disruptive technologies that accelerate the development of medical products to save lives in incidents involving some of the most horrific health security threats our country faces,” explained BARDA Director Rick Bright, Ph.D. “Organ-on-a-chip technology has the potential not only to inform our decisions about the most promising investigational products to pursue, but also to revolutionize the speed and cost-efficiency of developing those products.”

The lung-on-a-chip platform is part of WFIRM’s overall Body-on-a-Chip program, a miniaturized system of human organs that can be used to model the body’s response to harmful agents. To create the system, human cells are used to create tiny 3D organ-like structures called tissue equivalents that mimic the function of the heart, liver, lung, or blood vessels.

Placed on a two-inch chip, these structures are connected to a system of fluid channels and sensors to provide online monitoring of individual organs-on-a-chip and the overall system. Circulating a blood substitute keeps the cells alive and can be used to introduce chemical or biological agents, as well as potential therapies, into the system. Researchers monitor the responses of the organ-on-a-chip to a stimulus, such as chlorine gas.

Scientists’ observations on the effects of chlorine gas on human lungs is limited to accidents and chemical warfare incidents, both of which are uncommon. Although animal models are available and well-studied, these may not accurately reflect the human response and can be expensive to use. WFIRM’s study will determine whether the lung-on-a-chip reacts similarly to the way human lungs respond, and will expand the scientific understanding of lung injuries from inhaled chlorine.

The program will bring together experts in tissue biology, engineering, genomics, and bioinformatics – the combination of biology, mathematics, statistics, and computer science – to identify the effects of chlorine gas on the lungs and to determine the usefulness of the organ-on-a-chip technology in developing treatments for the resulting lung injuries.

Depending on the outcome of these early studies, BARDA and its partners may use organ-on-a-chip technology to test potential treatments for lung or other organ injuries that are caused by other chemical, biological, radiological, or nuclear (CBRN) agents.

If used in developing products to treat or cure injuries or illnesses, organ-on-a-chip technology may reduce the number of animal studies needed for regulatory approval of these products. The need for fewer studies could reduce the development time and costs for many national security medical countermeasures.

Chlorine gas was used as a weapon during World War I and has been used repeatedly during the ongoing Syrian civil war. In addition, the amount of chlorine manufactured, along with its ready availability, makes this chemical a potential national security threat to the United States. Further, chlorine is one of the most-used industrial gases in the United States and causes multiple deaths and injuries due to accidents. In 2005, a train accident in Graniteville, South Carolina caused a tank car containing chlorine gas to leak, causing nine deaths and at least 250 injuries.

BARDA’s chemical countermeasures program is engaged with 16 different partners to develop therapeutics to protect from and to treat injuries caused by a variety of chemical threats, including three other partners whose products are being tested to treat chlorine-related injuries.