Nationwide Test of the Emergency Alert System to be Conducted on Sept. 20 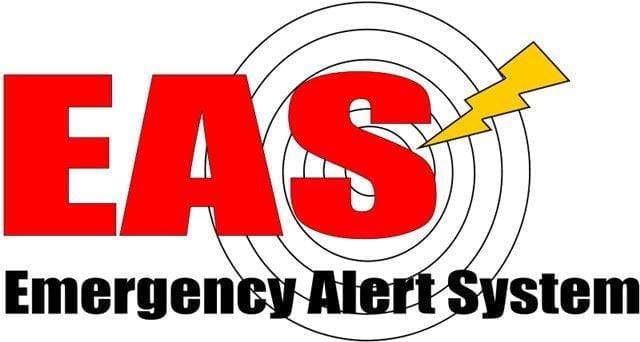 The Federal Emergency Management Agency, in coordination with the Federal Communications Commission (FCC), will conduct a nationwide test of the Emergency Alert System (EAS) and Wireless Emergency Alert(WEA) on September 20, 2018 (primary date) or October 3, 2018 (secondary date). The WEA portion of the test commences at 2:18 PM EDT and the EAS portion follows at 2:20 p.m. EDT. The test will assess the operational readiness of the infrastructure for distribution of a national message and determine whether technological improvements are needed.

This is the fourth EAS nationwide test and the first national WEA test. The WEA test message will be sent to cell phones. Previous EAS national tests were conducted in September 2011, 2016 and 2017 in collaboration with the FCC, broadcasters, and emergency management officials in recognition of FEMA’s National Preparedness Month.

The EAS test is scheduled to last approximately one minute and is made available to EAS participants including radio and television broadcasters, cable systems, satellite radio and television providers, and wireline video providers. The test message will be similar to regular monthly EAS test messages with which the public is familiar. The EAS message will include a reference to the WEA test: “THIS IS A TEST of the National Emergency Alert System. This system was developed by broadcast and cable operators in voluntary cooperation with the Federal Emergency Management Agency, the Federal Communications Commission, and local authorities to keep you informed in the event of an emergency. If this had been an actual emergency an official message would have followed the tone alert you heard at the start of this message. A similar wireless emergency alert test message has been sent to all cell phones nationwide. Some cell phones will receive the message; others will not. No action is required.”

The WEA test message will read “THIS IS A TEST of the National Wireless Emergency Alert System. No action is needed.”

The WEA system is used to warn the public about dangerous weather, missing children, and other critical situations through alerts on cell phones. It allows customers whose wireless provider participates in WEA and who own a WEA compatible wireless phone to receive geo-targeted alerts of imminent threats to safety in their area through unique tones and vibration. The national WEA test will use the same special tone and vibration.

The WEA test will be sent through IPAWS, as part of the nation’s modern alert and warning infrastructure that automatically authenticates alerts. Cell towers will broadcast the WEA test for approximately 30 minutes. During this time, cell phones that are switched on and within range of an active cell tower should be capable of receiving the test message. Cell phones should receive the message once.

Significant coordination has been conducted with EAS Participants, wireless providers, and emergency managers in preparation for this EAS-WEA national test. The test is intended to ensure public safety officials have the methods and systems that will deliver urgent alerts and warnings to the public in times of an emergency or disaster. Periodic testing of public alert and warning systems is also a way to assess the operational readiness of the infrastructure required for the distribution of a national message and determine whether technological improvements are needed.