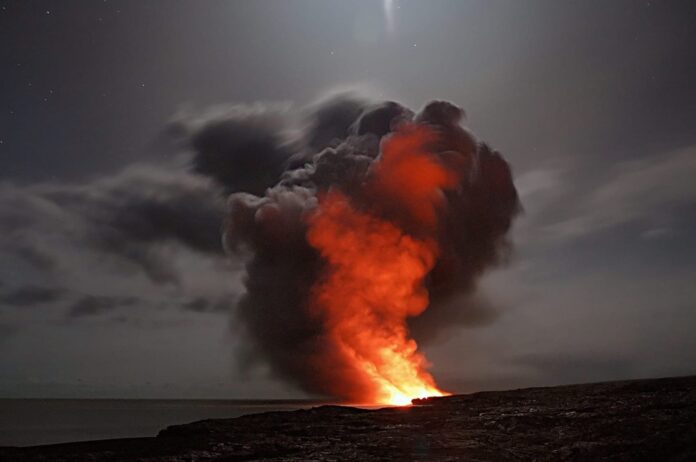 Volcanic eruptions and their ash clouds pose a significant hazard to population centers and air travel, especially those that show few to no signs of unrest beforehand. Geologists are now using a technique traditionally used in weather and climate forecasting to develop new eruption forecasting models. By testing if the models are able to capture the likelihood of past eruptions, the researchers are making strides in the science of volcanic forecasting.

The study, published in the journal Geophysical Research Letters, examined the eruption history of the Okmok volcano in Alaska. In 2008, a large eruption produced an ash plume that extended approximately 1 mile into the sky over the Aleutian Islands – posing a significant hazard to aircraft engines along a route that transports roughly 50,000 people between Asia and North America each day, the researchers said.

“The 2008 eruption of Okmok came as a bit of surprise,” said University of Illinois graduate student and lead author Jack Albright.