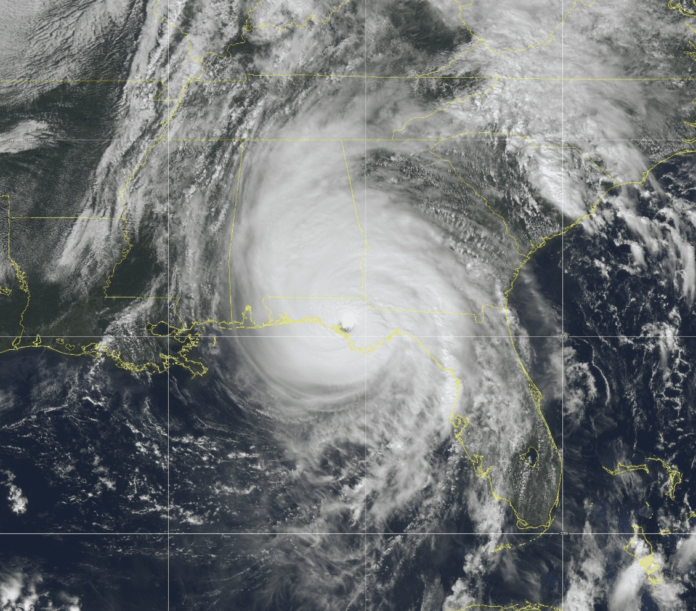 As Hurricane Florence approached the United States East Coast this September and Hurricane Michael approached Florida, emergency managers and responders looked to predictive, situational awareness and decision support tools to help them prepare for the impending landfall and to respond once the storm arrived.

“When a hurricane is barreling ashore, it is too late to start thinking about disaster preparation. Several of the Department of Homeland Security (DHS) Science and Technology Directorate’s (S&T)  technologies, already in place in many communities, deployed with emergency managers, first responders, and decision makers to predict storm activity, provide alerts, support timely decisions, and keep communication lines open,” said William Bryan, Senior Official Performing the Duties of the Under Secretary for Science and Technology.

Helping with evacuations, search, rescue, and response, these tools are becoming a mainstay in many communities threatened by natural disasters. Since many of the tools are available for public use, they can help in the future as information about them becomes more widely known.

To understand the storm surge and how communities would be impacted along the coast, many looked to the ADvanced CIRCulation (ADCIRC) tool, a high-resolution, high-precision storm surge/coastal flooding modeling software.

“The ability to click on a spot on the Elizabeth River in downtown Portsmouth and definitively show on a graph that we weren’t looking at anywhere near historic storm surges was critical to my recommendation that we didn’t need to evacuate-and we didn’t. With the plethora of internet weather sites that people can choose to look at, having a data source that is recognized as a DHS Center of Excellence is critical to overcoming some of the hyperbole that is so readily available,” said Robert Hughes, an operations technical advisor with USCG Atlantic Area.

Similarly, the Simulation-Based Decision Support System for Water Infrastructural Safety (DSS WISE) LiteTM models a map of inundation scenarios caused by dam or levee failures by calculating the speed of surging water, the depths, and the size of land it would affect, all based on topography. With such a model, state and federal emergency managers can prepare emergency action plans.

Activity from the Carolinas intensified with the coming of Florence, and users were hurrying to run dam breach simulations to plan for possible evacuations where high-hazard dams were in danger of overflowing.

Dr. Mustafa Altinakar, Director of the National Center for Computational Hydroscience and Engineering at the University of Mississippi noted the center ran 157 simulations in relation with Hurricane Florence.

DSS-WISETM is available free of charge to state and federal users.

In addition to using modeling for decision-making, emergency managers often need to understand many aspects of an emerging threat or disaster. Knowing where storm surge will occur, where the winds will be the strongest, and the rain the heaviest is critical for making the decision to evacuate. Emergency Mangers also want to know how certain the forecast is in terms of magnitude and timing and where the impacts will be relative to their respective community’s evacuation zones, demographics, and infrastructure.  Understanding zone based impacts and expected evacuation times for each zone and scenario is critical in evacuation decisions. To make the right call, having all of this information in one place helps emergency managers make decisions more accurately and confidently. Having web based critical decision support capabilities enables anytime, anywhere availability with access from any device.

Before both hurricanes made landfall, emergency managers used S&T’s Web-Based HURREVAC to analyze the potential impacts of storm surge, wind, and inland flooding for the following two to five-day period.

Use of the tool surged during the week of Hurricane Florence’s approach to more than 1,000 concurrent active users and more than 800 during Hurricane Michael with account requests passing 5,100 emergency management stakeholders registered for Web-Based HURREVAC accounts since the provider opened early enrollment in June. One of the major improvements of the new system over the legacy system is the capability to merge and visualize modeled storm surge from NHC’s SLOSH storm surge products.

This hurricane evacuation planning system helps prevent “over” and “under” evacuations that can lead to dire consequences for those fleeing their homes.

Users also monitored five other storms in addition to Hurricane Michael: Hurricane Leslie in the Central Atlantic, Tropical Storm Nadine off the coast of Africa, Tropical Storm Sergio in the East Pacific headed toward the Baja Peninsula of Mexico, Cyclone Title in the Bay of Bengal, and Cyclone Luban in the Arabian Sea