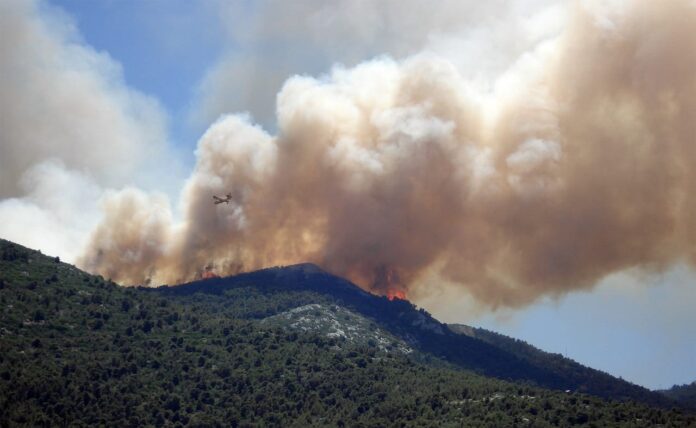 If a nuclear war were ever to occur, the toll would be catastrophic. Bombs would flatten entire cities, spreading deadly radiation far and wide. Fires sparked by the explosions would raze vast swaths of forest, sending toxic smoke streaming into the upper atmosphere where it would block the sun and trigger a global nuclear winter.

At least, that’s what the models say. Observations published Thursday in Science are confirming a key bit of physics underpinning those apocalyptic forecasts. The new data doesn’t come from a nuclear attack, but from a giant thundercloud formed by fire.

“Our previous model simulations showed that smoke, put into the lower stratosphere—above the layer where we live—would be heated and lofted to the upper stratosphere,” says study co-author Alan Robock, a climate scientist at Rutgers University. “But we’d never observed that until this case where there was smoke put up by forest fires.”