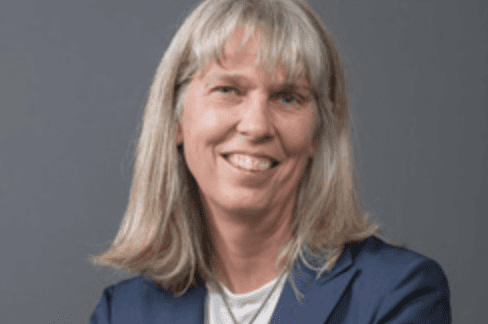 Hruby is a mechanical engineer who joined Sandia National Laboratories as a member of the technical staff in 1983 and retired as the Laboratories Director in 2017 after a distinguished 34-year career. At Sandia, Hruby held roles of increasing management responsibilities with experiences in nuclear weapons systems and component design, nuclear non-proliferation, defense and homeland security technologies and systems, renewable energy, materials science, engineering sciences, and microsystems technology. She was the first woman to lead a national security lab.

Since her retirement, Hruby served as the inaugural Sam Nunn Distinguished Fellow at the Nuclear Threat Initiative from 2018-2019. In addition, she has been a member of the Defense Science Board, the National Nuclear Security Administration Defense Programs Advisory Committee, and the National Academy of Science Committee for International Security and Arms Control. She has served on a variety of technical advisory committees and nonprofit organization boards. She is a frequent participant in international dialogs, a spokesperson for women in engineering, and a mentor for emerging leaders.

Hruby earned her bachelor’s degree from Purdue University and her master’s degree from the University of California at Berkeley, both in mechanical engineering. She has authored numerous publications and reports, holds three patents, and received an R&D 100 Award. In 2016, she received the Suzanne Jenniches Upward Mobility Award from the Society of Women Engineers. In 2017, Business Insider named her the second most powerful female engineer. Jill has received the Department of Energy Secretary’s Exceptional Service Award, the National Nuclear Security Administrator’s Distinguished Service Gold Award, and Office of the Secretary of Defense Medal for Exceptional Public Service.