FBI Programs Support a Global Effort to Save Children from Harm 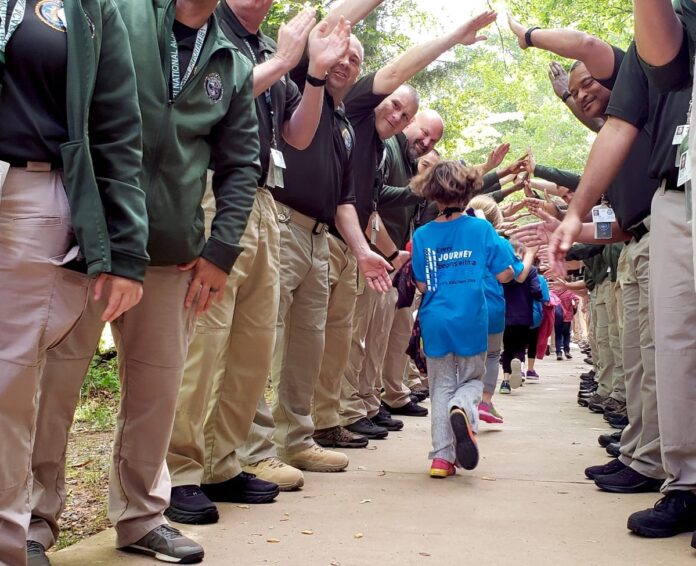 With every report to the National Center for Missing & Exploited Children and every law enforcement investigation dealing with child sexual abuse material, a largely unseen—but urgent—effort begins to identify and aid the child or children being harmed in the images.

It is an effort that relies on technology and painstaking investigative work—where details as small as a baseball cap or a soda cup have provided the clues that allowed investigators to find a child.

At the FBI, the Endangered Child Alert Program (ECAP) works alongside Operation Rescue Me to explore every possible avenue in identifying a child victim of sexual abuse. Operation Rescue Me is focused on rescuing the child victim from further abuse and exploitation. In pursuit of that same goal, ECAP seeks national and international exposure of unknown adults whose faces and/or distinguishing characteristics are visible in images of child sexual abuse.

Special Agent Karen Jurden, who heads both programs within the FBI’s Violent Crime Section, explained the two programs this way: “Our goal is to identify victims. But if we’ve exhausted everything we can do on the child, and we have an image where an adult does appear, we will pursue that angle.”

She stressed that the adults featured on ECAP are not always suspected of wrongdoing. “We know that person has knowledge of the victim,” she said.

You can view images of adults of interest in current cases on the ECAP site and below. There are also a number of images that show items in the background of an image or something a child or adult is wearing.

With a larger number of eyes on these pictures, there is a greater likelihood that someone will spot a person or item they recognize and help point law enforcement in the right direction.

“Every time we have a new case, it draws people’s attention to older cases as well,” Jurden said. “People have helped us solve older cases that way.”

“For every ECAP case we work on, we use every available publicity tool to ensure the maximum number of people will see the images,” said Chris Allen, chief of the FBI’s Investigative Publicity and Public Affairs Unit. “There is nothing better than knowing publicity has helped our agents solve one of these cases and identify a child.”

When the FBI (or any law enforcement agency) seizes child sexual abuse material from an offender—and Jurden said many offenders have hundreds or thousands of files—the FBI brings the material to NCMEC.

NCMEC runs a digital scan that checks the material against images and videos that already exist in their system, explained Shelley Allwang, manager of NCMEC’s Child Victim Identification Program. The process allows NCMEC to see which victims are already known to them. These children have either already been reached or NCMEC is actively working with law enforcement both domestically and internationally to identify them. The most pressing goal, Allwang said, is to find “the children we have never seen before, because these could be children who are being victimized right now.”

Allwang said NCMEC has a number of high-tech and human tools to help in the process of identifying these victims, but if they reach a dead end, they return the case to the investigators who brought them the material. “We are not law enforcement,” Allwang stressed, “so we can only use the tools we have.”

If the file began with an FBI case, the charge of identifying that still unknown victim comes back to FBI agents and becomes an active case within the Operation Rescue Me program and possibly ECAP.

Jurden and Allwang both acknowledge that the number of these cases and the volume of images can give rise to feelings of both fury and hopelessness. But while the scale of the crime is daunting, these cases are not being lumped together by law enforcement or by NCMEC. The two groups are committed to the heartbreaking work of cataloging each image and finding the children in them.

“If you look at the totality, you won’t sleep at night,” Jurden said. “The answer is to take it case by case. It is rewarding to wake up each day and know you’re doing something. And to know I’m not the only one doing this.”

Allwang also said she is comforted both by thinking of her impact on individual children and by the knowledge that there is a global network of people who are fighting alongside her. “So many people from so many different professions are invested in solving this problem—technology companies, law enforcement, advocates, media, prosecutors, judges,” Allwang said. “They are all motivated by the mission.”

Allwang said she is also moved by the bravery and resilience she sees in survivors of child sexual abuse. “I see the worst of humanity,” she said. “But I also see the best.”

The FBI’s Operation Rescue Me has identified more than 600 children since 2008. ECAP was created in 2004 and it has investigated 41 cases. The program has successfully identified 28 of the individuals profiled and found 45 child victims. The remaining cases remain active investigations. And the FBI will stay on them—case by case, child by child.