U.S. Reaffirms Commitment to the Elimination of Sexual Violence in Conflict 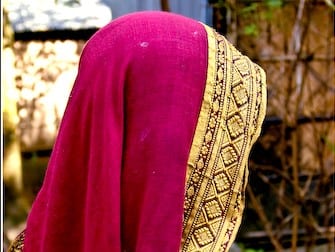 June 19th marked the seventh International Day for the Elimination of Sexual Violence in Conflict since it was established by the United Nations General Assembly in 2015. Six years later, the United States remains steadfast in its commitment to eliminate and prevent the horrors of conflict-related sexual violence around the world.

At the recent G7 summit, President Biden joined other world leaders in denouncing the use of sexual violence in conflict situations, and invited other governments to consider how best to strengthen international architecture around conflict-related sexual violence and condemn the ongoing widespread sexual violence in Ethiopia’s Tigray region.

In conflict-affected and fragile states, sexual violence is often employed as both a deliberate and strategic tactic of war and terrorism to instil fear and control and displace communities already under distress. Although conflict-related sexual violence can affect all persons, women and girls are disproportionately targeted, particularly those with intersecting identities that can increase vulnerability – such as ethnicity, religion, disability, sexual orientation, gender identity, and displacement status, among others. Conflict-related sexual violence can include rape, forced marriage, sexual slavery, forced pregnancy, forced sterilization, sexual exploitation and abuse, and human trafficking – all of which inflict long-lasting trauma on survivors, as well as their families, and communities.

Sexual violence is often under-reported due to fear of stigma, reprisal, or further exposure to violence – and this is particularly true during times of instability. Accountability for those responsible for sexual violence is the exception rather than the rule, and all survivors often struggle to access the legal, health, and psycho-social services they need.

The Women, Peace, and Security Act of 2017 committed the United States to promoting women’s meaningful participation in security, peacebuilding, and humanitarian response efforts. Women and girls have proven to be successful in building effective resolutions that contribute to long-lasting peace within conflict-affected areas. Sustainable and just peace is critical to reducing the occurrence of conflict-related sexual violence and creating the conditions for women and girls to fully exercise their rights and meaningfully participate in all spheres of society.

While the United States advances efforts to prevent and respond to gender-based violence, conflict-related sexual violence remains an urgent issue globally. Since last November, horrific reports from the Tigray region in Ethiopia have highlighted the gravity of this issue. Ongoing conflict in Tigray has been characterized by widespread gender-based violence, including sexual violence such as gang rape. Adolescent girls and young women who experience rape are more likely to acquire HIV, and reports from Tigray indicate this is occurring. Hundreds of thousands of people in Tigray are also experiencing catastrophic food insecurity and facing famine. Millions more are in urgent need of assistance due to ongoing conflict; forced displacement; destruction of civilian infrastructure, including agricultural supplies and health facilities; and interference with humanitarian operations. This further exacerbates the risk that women and girls will experience conflict-related sexual violence and sexual exploitation and abuse as they seek to feed their families.

The United States the largest supporter of the Office of the UN Special Representative of the Secretary-General (SRSG) for Sexual Violence in Conflict. UN SRSG Pramila Patten recently observed that the “brutal and hideous war in Tigray is being raged on the bodies of women.” She also shared that service providers in Tigray report a surge in demand for sexual and reproductive health services, including emergency contraception and HIV post-exposure prophylaxis, as well as mental health services – demonstrating the urgency to ensure unhindered humanitarian access and clinical management of rape. SRSG Patten cited UN Population Fund (UNFPA) Ethiopia estimates that 22,500 survivors of sexual violence in the Tigray region are expected to seek clinical care in 2021.

The United States continues to press the Ethiopian and Eritrean governments and all armed actors for an immediate cessation of hostilities in Tigray, the withdrawal of Eritrean forces and Amharan regional forces, the protection of civilians, unhindered humanitarian access, independent investigations into human rights abuses, and accountability for those responsible for human rights violations and abuses – with a gender perspective and women’s protection and meaningful participation integrated throughout. In a recent statement, the U.S. Ambassador to the UN, Linda Thomas-Greenfield, condemned all sexual violence and demanded perpetrators be brought to justice. These actions are imperative for achieving just and enduring peace and reconciliation in Tigray.

Read more at the U.S. Department of State