The NQIAC consists of leaders in the field from industry, academia, and the federal laboratories. 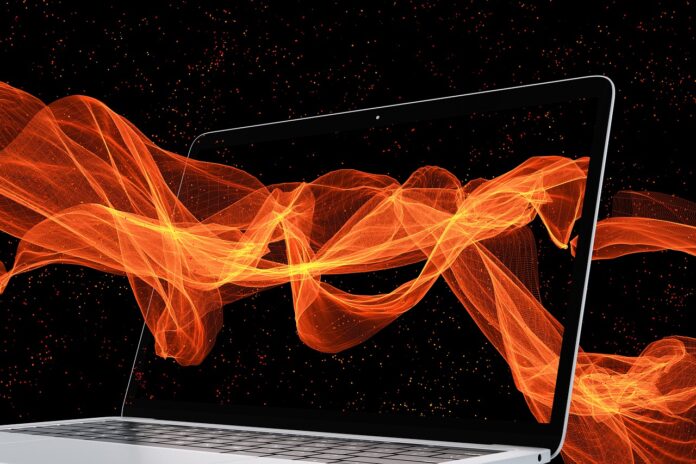 President Biden announced the appointment of the following individuals to serve on the National Quantum Initiative Advisory Committee.

The National Quantum Initiative Advisory Committee (NQIAC) is the Federal Advisory Committee called for in the National Quantum Initiative (NQI) Act. The NQIAC is tasked with providing an independent assessment of the NQI Program and to make recommendations for the President, Congress, the National Science and Technology Council (NSTC) Subcommittee on Quantum Information Science, and the NSTC Subcommittee on Economic and Security Implications of Quantum Science to consider when reviewing and revising the NQI Program. The NQIAC consists of leaders in the field from industry, academia, and the federal laboratories. The NQIAC was first established by Executive Order 13885 on August 30, 2019 and subsequently enhanced by Executive Order 14073 on May 4, 2022, which elevated the committee to a Presidential Advisory Committee.

Dr. Kathryn Ann Moler conducts research in magnetic imaging and develops tools that measure nanoscale magnetic fields to study quantum materials and devices. She is a member of the National Academy of Sciences, the NanoFront Scientific Advisory Board, the Physics Frontier Center—Joint Quantum Institute Advisory Board, the Moore Foundation Scientific Advisory Board, and the National Academies Roundtable on Science, Technology, and Security. Dr. Moler graduated from Stanford with a B.S. and Ph.D. in Physics.

Dr. Charles G. Tahan is the Assistant Director for Quantum Information Science (QIS) and the Director of the National Quantum Coordination Office within the White House Office of Science and Technology Policy. He is on detail from the Laboratory for Physical Sciences, where he served as Technical Director and continues to serve as Chief Scientist and Chief of the QIS research office. Additionally, he is a Fellow of the American Physical Society and an Office of the Director of National Intelligence Science and Technology Fellow. Previously, he served as the Chief Technical Consultant for quantum information science and technology programs in the Defense Advanced Research Projects Agency’s Microsystems Technology Office while at Booz Allen Hamilton. Dr. Tahan earned a Ph.D. in Physics from the University of Wisconsin-Madison and a B.Sc. in Physics and Computer Science from the College of William & Mary.

Dr. Jamil Abo-Shaeer is the CEO of Vector Atomic. He has over 20 years of quantum technology experience across fields of industry, government, and academia. His expertise includes business start-up, technology transition, original scientific research, and the development and management of research programs. In 2018, Dr. Abo-Shaeer co-founded Vector Atomic to build quantum-based clocks and inertial sensors for navigation, telecommunications, climate science, agriculture, and geophysical exploration. Dr. Abo-Shaeer is a former program manager at the Defense Advanced Research Projects Agency where he initiated and managed over 10 quantum technology programs focused on position, navigation, and timing, material simulation, and biomedical imaging. Dr. Abo-Shaeer received his Ph.D. in Physics from Massachusetts Institute of Technology, where he studied the properties of ultracold atomic gases. Dr. Abo-Shaeer received his B.A. in Physics from the University of California, Berkeley.

Dr. Fred Chong is the Seymour Goodman Professor in the Department of Computer Science at the University of Chicago and the Chief Scientist for Quantum Software at ColdQuanta. He is also the lead Principal Investigator for the Enabling Practical-scale Quantum Computing Project, a National Science Foundation Expedition in Computing program. In 2020, he co-founded Super.tech, a quantum software company, which was acquired by ColdQuanta in 2022. Dr. Chong received his Ph.D. from Massachusetts Institute of Technology in 1996 and was a faculty member and Chancellor’s fellow at University of California Davis from 1997 to 2005. He was also a Professor of Computer Science, Director of Computer Engineering, and Director of the Greenscale Center for Energy-Efficient Computing at the University of California Santa Barbara from 2005 to 2015.

Dr. James S. Clarke is the Director of the Quantum Hardware research group within Intel’s Components Research Organization. Dr. Clarke launched Intel’s Quantum Computing effort in 2015. His group’s primary focus is to use Intel’s process expertise to develop scalable qubit arrays on 300 mm wafers. Prior to his current role, Dr. Clarke managed a group focused on interconnect research at advanced technology nodes as well as evaluating new materials and paradigms for interconnect performance. He has also co-authored more than 100 papers and has over 50 patents. Prior to joining Intel in 2001, Dr. Clarke completed a B.S. in Chemistry at Indiana University, a Ph.D. in Physical Chemistry at Harvard University, and a post-doctoral fellowship in physical organic chemistry at ETH, Zürich.

Dr. Deborah Ann Frincke is the Associate Laboratories Director of National Security Programs at Sandia National Laboratories, a federally-funded research and development center focused on resolving national security issues. Dr. Frincke leads staff and provides oversight for projects supporting the U.S. Department of Defense, Intelligence Community, and Department of Energy in areas including hyper-sonics, advanced radar, microelectronics, cybersecurity, threat intelligence assessments, artificial intelligence, and quantum. Previously, Dr. Frincke served as Associate Laboratories Director for National Security Sciences at Oak Ridge National Laboratory. There, she guided the research and development of science-based solutions to complex threats that put public safety, national defense, energy infrastructure, and the economy at risk. She also served at the National Security Agency (NSA) from 2011 to 2020, in capacities including being the Director of Research, a NSA Science Advisor, and a NSA senior leadership team member. Dr. Frincke is an Association for Computing Machinery Fellow and holds a Ph.D. in Computer Science and Security from the University of California, Davis.

Gilbert V. Herrera serves as the Director of Research at the National Security Agency (NSA). The Research Directorate conducts research to develop new and innovative techniques and technologies to enable the Signals Intelligence and Cybersecurity missions of the NSA, as well as joint-authority missions of the Intelligence Community and Department of Defense. Herrera joined NSA in 2021 after nearly a 40-year career at Sandia National Laboratories. Herrera also served as the Director of the Laboratory for Physical Sciences and the Director of Microsystems Science and Technology. Herrera was elected as a Fellow of the American Association for the Advancement of Science in 2014 and is a senior member of the Institute of Electrical Electronics and Engineers. He has served on multiple academic, industrial, and government advisory boards throughout his career.

Dr. Nadya Mason is the Rosalyn S. Yalow Professor of Physics at the University of Illinois at Urbana-Champaign. Her research focuses on the electronic properties of small-scale materials, relevant to applications involving nano-scale and quantum computing elements. She is the founding Director of the Illinois Materials Research Science and Engineering Center and was recently named Director of the Illinois Beckman Institute for Advanced Science and Technology. Dr. Mason is currently Chair of the American Physical Society (APS) Committee on Scientific Meetings, serves on the APS Physics Policy Committee, and was in the 2018-2019 class of the Defense Sciences Study Group. Dr. Mason is a member of the National Academy of Sciences and the American Academy of Arts.

Dr. William D. Oliver is the appointed Henry Ellis Warren Professor of Electrical Engineering and Computer Science, Professor of Physics, and Lincoln Laboratory Fellow at the Massachusetts Institute of Technology (MIT). He serves as the inaugural Director of the MIT Center for Quantum Engineering and as Associate Director of the MIT Research Laboratory of Electronics. Dr. Oliver’s research interests include the materials, fabrication, design, and implementation of superconducting qubit processors, as well as the development of cryogenic packaging and control electronics for extensible quantum computing applications. Dr. Oliver is a coauthor of more than 100 peer-reviewed manuscripts on quantum science and technology, with contributions to the 2019 National Academies consensus study report, “Quantum Computing: Progress and Prospects.” He received his Ph.D. in Electrical Engineering from Stanford University and is a Fellow of the American Physical Society.

Dr. John Preskill is the Richard P. Feynman Professor of Theoretical Physics and Director of the Institute for Quantum Information and Matter at the California Institute of Technology (Caltech). He began his career in particle physics and cosmology, but since the mid-1990s his main research area has been quantum information science. Dr. Preskill’s research contributions include proving security of quantum protocols, proposing and analyzing methods for reliable storage and processing of quantum information, identifying universal properties of quantum entanglement in quantum many-body systems, and applying quantum information theory to quantum gravity and black holes. In 2000, he founded Caltech’s Institute for Quantum Information, which has grown to currently be known as the Institute for Quantum Information and Matter. Dr. Preskill is a member of the National Academy of Sciences and a Fellow of the American Physical Society.

Dr. Mark B. Ritter is a Distinguished Research Scientist and Chair of the Physical Sciences Council at International Business Machines (IBM) where he oversees physics research in the global labs. Dr. Ritter led the team which developed the IBM Quantum Experience, which is a quantum computer with free access through the IBM cloud. Dr. Ritter is on the Steering Committee of the Co-design Center for Quantum Advantage at Brookhaven Lab and co-leads a quantum system co-design research thread in that center. He was a member of the first governing board of the Quantum Economic Development Consortium (QED-C) and has supported quantum education, including Historically Black Colleges and Universities and Minority Serving Institutions in the QED-C and in his role at IBM and with the Co-Design Center for Quantum Advantage.

Dr. Robert J. Schoelkopf is the Sterling Professor of Applied Physics and Physics at Yale University, and the Founding Director of the Yale Quantum Institute. His research focuses on the development of superconducting devices for quantum information processing. Dr. Schoelkopf began his tenure at Yale as a postdoctoral researcher in 1995 and became a faculty member in 1998, becoming a full professor in 2003. In 2015, he and his colleagues founded Quantum Circuits, Inc., a venture-backed startup in New Haven working to build the world’s first useful quantum computers. In 2015, Dr. Schoelkopf was elected to the National Academy of Science.

Dr. Krysta M. Svore is a Distinguished Engineer and Vice President of Quantum Software at Microsoft. Dr. Svore is a fellow of the American Association for the Advancement of Science and the Washington State Academy of Sciences. A Kavli Fellow of the National Academy of Sciences, she has previously served as an advisor to the Information Sciences and Technology Committee of the Defense Advanced Research Projects Agency, and currently serves on the Advanced Scientific Computing Advisory Committee at the Department of Energy, in addition to advising numerous quantum centers and initiatives globally.

Dr. Jinliu Wang currently serves as the Executive Vice President for Research, Innovation and Knowledge, and as a professor in the Department of Materials Science and Engineering at The Ohio State University. Dr. Wang plays a lead role in expanding the University’s research, creative expression and scholarship, accelerating technology commercialization, stimulating entrepreneurship, and building strategic partnerships. Prior to Ohio State, Dr. Wang held dual roles as Senior Vice Chancellor for Research and Economic Development at the State University of New York (SUNY) System and as Interim President of SUNY Polytechnic Institute. She was also previously a professor in the Department of Materials Design and Innovation at University at Buffalo. Prior to SUNY, Dr. Wang served as Deputy Assistant Director for Engineering and acting Assistant Director for Engineering at the National Science Foundation. Dr. Wang received her Ph.D. in Materials Science and Engineering from Northwestern University.