It is wholly within the realm of possibility that the proliferation of Huawei’s 5G technology could provide endless backdoors to Chinese cyber spies. 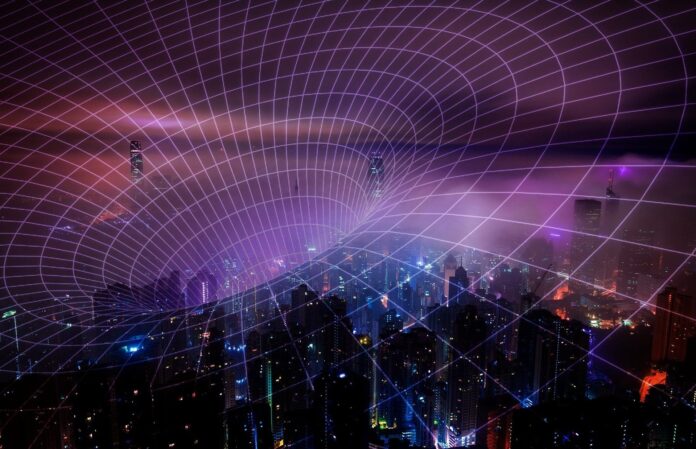 Safeguarding America’s security often means striking difficult balances. We must encourage and capitalize on technological innovation while also protecting our intellectual property. We must strive for open, competitive markets without giving an advantage to adversaries. And all the while we need to be vigilant about the security, integrity, and resilience of the systems – the “critical infrastructure” – we rely on every day to function as a society.

In few areas has it been harder to meet all these objectives than in the deployment of our nation’s 5G network. There are plenty of fair critiques of the U.S. regarding 5G deployment – particularly our lack of a clear national policy coupled with our failure to commit the funds necessary to achieve it. And while there’s still much work to be done to achieve large-scale deployment across the U.S., China has already made substantial progress rolling out 5G technology, both at home and in a growing number of countries worldwide.

National security experts have rightly expressed concerns around Huawei’s influence. Their apprehension stems in part from Huawei’s own practices (the company and its international branches have violated both foreign and U.S. laws), but also from Huawei’s relationship with the Chinese government and its ties to the state’s intelligence work. Huawei is permeating Africa’s 4G market, and has initiated a formal agreement for 5G services in South Africa. It also has claimed a part in 5G networks in countries like Iceland, the Netherlands, Saudi Arabia, and the UAE.

Just look what has transpired in the past six months. Ransomware attacks crippled firms across multiple industries, to include: the Colonial Pipeline hack that caused fuel shortages across the U.S., the JBS cyberattack that forced a shutdown of all U.S. beef plants, and the supply chain attack on Kaseya that had far-reaching effects on managed service providers and up to 2,000 companies globally. The hardware and software that powers 5G is a likely avenue for similar disruptions in the future given the increased network traffic and its integration into our daily lives that makes it more dependent on evolving cybersecurity measures.

We should therefore be learning quickly from our past mistakes: embracing creative approaches and collaborating with our allies to counter these threats. At the heart of any of these approaches must be a healthy ecosystem of trusted network providers. The robust competition among these providers will offer the U.S., our allies, and nations not yet committed, good alternatives to Huawei. For example, a recent Council on Foreign Relations task force recommended the U.S. Development Finance Corporation work with its counterparts in Finland, South Korea, and Sweden to support 5G technologies in their respective tech leaders.

In fact, the Department of Homeland Security’s (DHS) Cybersecurity and Infrastructure Security Agency (CISA) published a strategy last year that emphasizes the importance of collaborating with industry stakeholders and “encourag[ing] innovation in the 5G marketplace to foster trusted 5G vendors” as a pathway toward a secure 5G deployment. Achieving a level of competition among 5G vendors will surely be a feat in itself, as the Chinese government has pumped billions of dollars of subsidies in support of Huawei’s race to the top of the 5G telecommunications industry.

At the same time, we should avoid being our worst enemy. Earlier this year, in January, Swedish telecommunications company Ericsson filed a complaint against Samsung with both the U.S. International Trade Commission (ITC) and the U.S. District Court for the Eastern District of Texas. But there’s a strong case to be made that such IP cases belong in patent courts, and not at the ITC. An already fragile marketplace would become even weaker if the ITC issued an exclusion order, effectively banning Samsung from the U.S. market.

We must be successful in striking the balance, for our economy, for our national security and to keep pace and deploy the capabilities provided by this technological innovation. Diversity in the 5G market will foster innovation, combat Huawei’s influence, and help maintain security among U.S. data and critical infrastructure.

Sherri Ramsay
Sherri Ramsay is currently a consultant, engaged in strategy development and planning, coaching, partnership development, and marketing and development of security operations centers. She has extensive experience in multiple aspects of cyber defensive and offensive operations, including technical, policy, and legal. She has conducted high-level network assessments based on the Center for Internet Security’s 20 Controls. Ms. Ramsay has provided numerous cybersecurity talks/briefings to a variety of audiences, including Google’s Zeitgeist and DEF CON. She is a member of the Board of Advisors of the Hume Research Center at Virginia Tech and a member of the Board of Advisors for TruSTAR Technology and Cyber Dome. Ms. Ramsay is the former Director of the National Security Agency/Central Security Service Threat Operations Center (NTOC) and a former member of the Armed Forces Communications Electronic Administration (AFCEA) Board of Directors. As the NTOC Director, she led discovery and characterization of threats to national security systems, providing situational awareness for those threats, and coordinating actionable information to counter those threats to DoD, DHS, and the FBI. At NSA, she also served as a senior leader in the Signals Intelligence Directorate, the Technology Directorate, and the Information Assurance Directorate. Prior to joining NSA, she taught high school mathematics. Ms. Ramsay received the Department of Defense Distinguished Civilian Service Award (the highest award given to a DoD civilian), the Exceptional Civilian Service Award (the highest award given to an NSA civilian), the NSA Meritorious Civilian Service Award twice (the second highest award given to an NSA civilian), the Presidential Rank Award, the National Intelligence Meritorious Unit Citation, the Louis Tordella Award, and the Armed Forces Communications Electronic Administration (AFCEA) Meritorious Service to the Intelligence Community Award. She received the Women’s Leadership Award from the Congressional Bipartisan SMART (Strengthening the Mid-Atlantic Region for Tomorrow) caucus. Ms. Ramsay graduated Magna Cum Laude with General Honors from the University of Georgia with a Bachelor of Science degree in Mathematics and Education. She graduated with Honors from the Johns Hopkins University with a master’s degree in Computer Science. She graduated from the Industrial College of the Armed Forces (ICAF), National Defense University, with a Master’s in National Resource Strategy. She received a Certificate in Leadership from the University of Virginia.