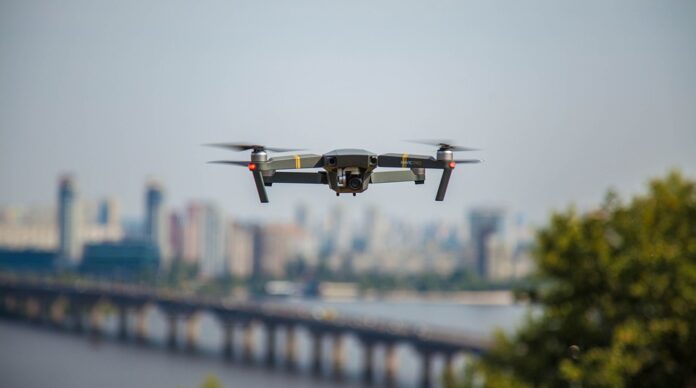 Congress is currently mulling a bill to help state, local and tribal governments use drones to visually inspect critical infrastructure.

The Drone Infrastructure Inspection Grant Act, was introduced by Rep. Greg Stanton, a Democrat from Arizona, and Rep. Garret Graves, a Republican from Louisiana. It provides $100 million in grants for local governments to use drones to inspect infrastructure and help ease the nation’s inspection backlog. It also provides another $100 million for training the next generation workforce on the use of this technology.

“Using a drone to inspect infrastructure in hard-to-reach places—such as underneath bridges—can speed up the inspection process so we can get through the backlog more quickly, and it can help save money too,” Stanton said. “Not only that, but drone inspections are much safer for workers than having a human hang under a tall bridge. It’s an easy way to improve on-the-job safety.”

Many state departments of transportation, tribes and municipalities already use drones to augment human inspections when inspecting bridges, roads, dams and electric substations. The Arizona Department of Transportation for example uses drones to inspect bridges and perform surveying work along state highways. Drones are also useful in inspecting areas after natural disasters, like wildfires, to determine the extent of damage and whether areas are safe.