Pushing for a Cyber 9/11, al-Qaeda Recruits for ‘e-Jihad’ to ‘Ruthlessly Exploit’ Vulnerabilities 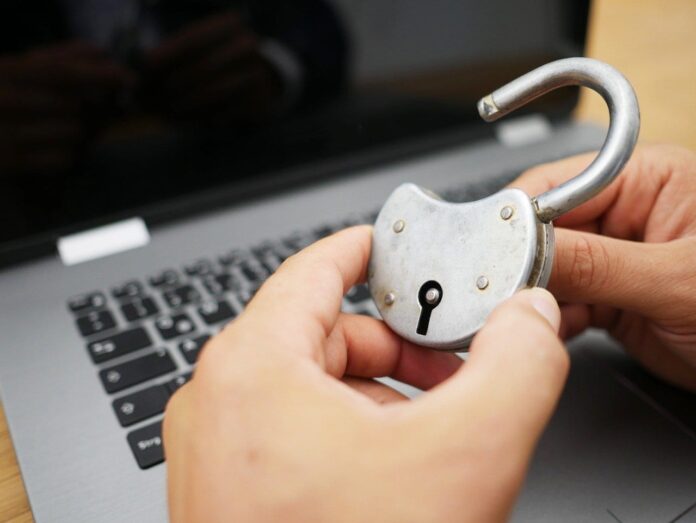 In line with their longstanding mantra that war against America needs to be centered on striking the economy, al-Qaeda lauded the coronavirus and racial injustice for spurring unrest, unemployment, and other maladies that have put the country on “the verge of an implosion” imperiling the existence of “the entire Western World.”

And in line with the terror group’s focus on economic attacks, al-Qaeda declared the need to recruit and train for “e-jihad” — even taking advantage of Amazon’s broadband expansion project — in order to “ruthlessly” target infrastructure and financial systems like never before.

The first issue of al-Qaeda’s English-language One Ummah magazine, published last September to coincide with the 9/11 anniversary, included articles predicting and hoping that the national debt would lead to a recession (and seeking recruits in the financial sector to “find new ways of exploiting America’s economic vulnerabilities”) and warning jihadists against being sloppy with their phone and online communications.

The second issue of One Ummah seizes on both the coronavirus pandemic and protests in the wake of the Memorial Day killing of George Floyd by Minneapolis police, with the terror group including a photo of former Officer Derek Chauvin with his knee on Floyd’s neck in an article titled “American Burns.”

The terror group predicted that the “five corners of America’s pentagonal coffin” would be “corona, internal divisions, racism, an economy in shambles, and attacks by the Mujahideen.”

Al-Qaeda accused U.S. leaders of engaging “in their favourite hobby: exchanging abuses” during the crises, as “Pelosi derides Trump by calling him a fat old sick man and Trump describes her as a mentally retarded old woman” while “a civil war appears to be in the offing.” The article called President Trump’s reaction to protesters “much like Gadhafi’s threats to his countrymen.”

The article turns into a recruitment pitch, arguing that African-Americans should “liberate yourself from this misery” and not follow Democrats, with the author again slamming Nancy Pelosi (D-Calif.), calling the speaker of the House “the least concerned about you” as “all that matters for her is that her refrigerator should remain filled with expensive grocery items.”

Al-Qaeda continues its economic focus seen in the first issue of One Ummah with a second-part article on why the terror group believes so strongly in striking at the American economy and urging followers to prepare for modern-day warfare.

“In today’s world, anonymous, secretly operating Mujahideen – men and women – have immense potential to support the Religion of Allah from their towns, cities, and homes based on individual initiatives, creativity, and intuition,” states the magazine. “Yes, we are talking about a field whose potential has not yet been fully realized: E-jihad.”

Al-Qaeda declared that jihadists can take advantage of Amazon’s Project Kuiper — a long-term initiative to use low-orbit satellites to supply lacking regions with high-speed broadband connectivity — as one of the “great opportunities for Muslims to participate in the global jihad.” The group made a pitch to recruit IT specialists and software engineers, and for young potential recruits to study these subjects, to “join the caravan of Jihad” and deploy an “effective way to make the costs of interfering in the affairs of the Muslim world too great for America.”

The magazine specifically encourages hacking the power grid along with hacking the financial sector and other network penetration, including targeting aviation, water systems, “emergency response systems and the like.”

“Naturally, such activities require significant technical capabilities and teams of professional hackers, along with the necessary infrastructure and the investment that goes into the entire project,” the article continued. “Developing the capability to carry out successful cyber-attacks involves several variables all of which need investment of time, resources, and manpower. All of this is in the realm of the possible provided there is trust in the Almighty, sincerity of purpose and single-minded dedication to the cause.”

Al-Qaeda called the topic of e-jihad “surely too complex to be covered in a brief article,” but said they “hinted at the possibilities that are waiting to be explored and materialized by those who have the necessary technical abilities.” The group added that if tech experts don’t outright join the ranks of jihadists they can “at least coordinate their activities with them whenever it is possible and safe to do so.”

“If coordination of this nature is not possible, they can initiate cyber-warfare programs of their own, individually or in small groups. And if they choose to do so, all they need to do is align their efforts with the overall strategy and policies of the Mujahideen so as to attain a degree of synergy,” the article added, stressing that youths “should exert serious efforts to developing cyber warfare capabilities” and “focus their energies on creative ways of dismantling the enemy’s electronic and cyber defenses.”

Al-Qaeda cites a passage from Bob Woodward’s 2010 book Obama’s Wars in which former Director of National Intelligence Mike McConnell told the incoming commander in chief that if the 9/11 terrorists had cyber-attacked a bank it would have had greater economic impact on the U.S. than taking down the World Trade Center.

“Muslim youth must reflect on these statements and rush to fulfill the duty of evolving the tactics that the Jihadi movement has at its disposal by using all Islamically legitimate means,” the article continues. “Western and American dependence on the internet and the integration of information, financial and security systems within it is a weakness that must be ruthlessly exploited. The security of these networks does not differ from the security situation in America pre-9/11 which, after the blessing of Allah, provided a conducive environment for executing the 9/11 attacks.”

On COVID-19, al-Qaeda said the pandemic is considered to be both a tests and a punishment, and accused Western countries of viewing the disease “as a significant opportunity to level the political and socio-economic playing field” by letting the elderly die.

Al-Qaeda also accused ISIS — “the goons of Baghdadi” — of delivering a “major setback” for jihadists that was “catastrophic in this field of Jihadi work” but will ultimately be “a passing stage.”