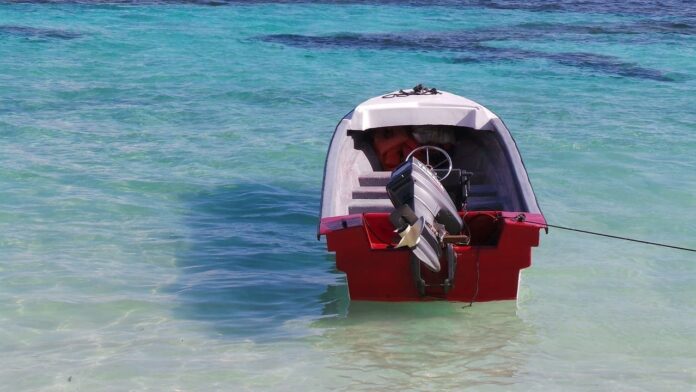 The political and economic crisis in Venezuela is propelling more cash-starved fishermen into smuggling and piracy, escalating threats to seafarers out for a Caribbean cruise.

The risk of pirates in the Caribbean is expected to grow over the next few years for “cruisers and cargo ships alike,” fueled by corrupt governments in countries bordering the sea that don’t have the capacity to fight the pirates and the escalating ruin in Venezuela, factors similar to what drives piracy in Somalia and Nigeria, according to a new report from the UK firm Intelligence Fusion. Natural features in the region also benefit piracy: uninhabited islands, cozy inlets and networks of rivers that support free movement and seclusion.

Climate change and extreme weather could also drive up the pirate population, as well as pollution, overfishing or any other factors that harm the fishing industry.

“Compounded by natural hazards like hurricanes, which destroy fisheries and fishing vessels, these threats to the industry may lead, in the future, to more people finding alternative sources of income, some of which may be criminal and may include piracy,” the report states.

Some of the recent attacks have resulted in a win for the cruisers, with yachts diving into evasive actions and taking advantage of the winds to deny pirates the opportunity to board. Yet a number of kidnappings have also occurred off the coast of Trinidad and Tobago this year. On Feb. 8, five fisherman were released after a week in captivity; the Venezuelan pirates demanded a ransom of $90,000, several boat engines, gold jewelry and 10 cell phones, according to the Trinidad and Tobago Guardian.

Just a couple weeks before that, two cousins were kidnapped while out fishing off the coast of Trinidad’s Moruga district. The Venezuelan pirates first demanded $40,000 for their release, but bumped that down to $20,000 and five iPhones.

In March, 29-year-old Key­on Alexan­der and boat cap­tain An­tho­ny George, 32, were kidnapped by Venezuelan pirates while out fishing. The gunmen demanded $10,000 for Alexander’s release and $5,000 for George, a price difference that Alexander’s family told the Guardian they didn’t understand — and a sum they couldn’t afford. Less than 24 hours after being kidnapped, Alexander and George jumped in the sea and swam for it. Alexander managed to make it to some offshore oil equipment, where he was rescued by local fishermen; George remained missing.

A related threat has been attacks on cruisers while anchored off the coast of Panama — specifically, Bocas del Toro province, Portobelo Bay and Linton Bay. A New Zealand family who had been sailing the Caribbean for two years had dropped anchor near Morodub island, a popular tourist destination, when their yacht was attacked by armed men at about 2 a.m. on May 2. Alan Culverwell, 60, was shot and killed and his wife, Derryn, was struck by a machete while locking their two 11-year-old kids into the cabin.

“The threat embodies the risks facing foreign cruisers in the region; however, the killing of cruisers is rare since the start of 2018,” noted the Intelligence Fusion report.

In April, a Canadian-flagged yacht heading to Isla Providencia, Colombia, from Roatan, Honduras, was accosted by as many as 25 pirates in four boats. The yacht crew locked down in the cabin while the marauders boarded, stole electronics and diving equipment, and destroyed the navigation equipment and sails before leaving with their booty.

“With its economy failing, its infrastructure crumbling, and its government with little reach to control the more remote areas of Venezuela, it has left many small fishing villages to be havens for smugglers and pirates, allowing for little repercussions for their actions. While Venezuela remains a hotspot for piracy, whether in the waters separating it from Trinidad and Tobago or at anchorages off Puerto La Cruz and Barcelona where crude oil tankers and bulk carriers are targeted, other countries have also faced their own incidents of piracy such as off Honduras, Nicaragua and St. Lucia, with those incidents mainly targeting cruisers,” says the report, noting that in the Upper and Lower Antilles “thefts have been reported on both unoccupied and occupied yachts, and include thieves swimming or arriving on boats up to the yachts, boarding quietly and stealing valuables that can easily be taken back to shore, or they include the theft of dinghies.”

Intelligence Fusion stressed that the increase in piracy, while still not yet having reached levels seen off the coasts of Africa or southeast Asia, requires a regional response. Cruisers and cargo ships should also take safety precautions, particularly in known hot spots.

“Some countries have already increased patrols in their own waters, not only to combat piracy, but also to stem the flow of undocumented migrants fleeing from Venezuela,” the report adds. “While these patrols are taking place, regional cooperation should also be increased to effectively protect cruisers and local fishermen alike.”