As dean, he served as NIU’s representative to the Intelligence Community Analysis Training and Education Council. 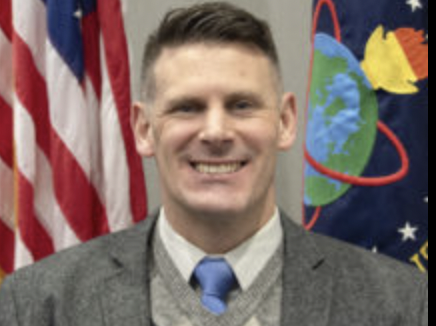 NIU officially transitioned from the Defense Intelligence Agency to ODNI in June.

Holmes served as an all-source intelligence analyst and Branch Chief in the Defense Intelligence Agencies’ (DIA) Counterproliferation Support Office from 2006-2010 before accepting a managerial position in the Directorate for Analysis’ Staff Operations Division. He was a Direct Commission intelligence officer in the U.S. Navy Reserve, serving from 2007-2011 and reached the rank of Lieutenant (O-3). For three years he supported the Afghanistan-Pakistan Task Force as an all-source intelligence analyst in DIA’s Directorate for Intelligence (J2). From 2012-2016, Holmes chaired the Emerging and Disruptive Technology, Geostrategic Resources and Environment, and Weapons of Mass Destruction concentrations in the School.

From 2016-2017, Holmes served as the associate dean of the School of Science and Technology Intelligence. As dean, he served as NIU’s representative to the Intelligence Community Analysis Training and Education Council.

“It’s been a quick 9 years, and I can’t thank enough people in the School and elsewhere for all of their support,” Holmes said on social media.