Russian National Charged with Conspiring to Have U.S. Citizens Act as Illegal Agents of the Russian Government

According to the indictment, Ionov — working under the supervision of the FSB and with the Russian government’s support — recruited political groups within the United States. 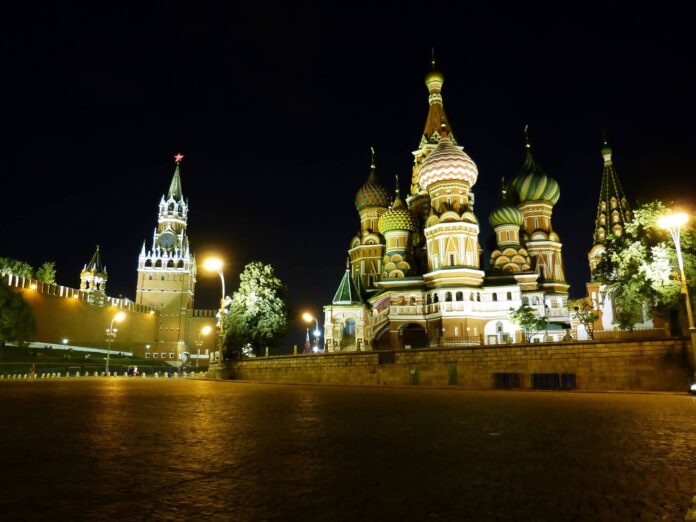 An indictment was unsealed today in Tampa, Florida, charging a Russian national, working on behalf of the Russian government and in conjunction with the Russian Federal Security Service (FSB), with allegedly orchestrating a years-long foreign malign influence campaign that used various U.S. political groups to sow discord, spread pro-Russian propaganda, and interfere in elections within the United States.

As alleged in the indictment, from at least December 2014 until March 2022, Aleksandr Viktorovich Ionov, a resident of Moscow, together with at least three Russian officials, engaged in a years-long foreign malign influence campaign targeting the United States. Ionov is the founder and president of the Anti-Globalization Movement of Russia (AGMR), an organization headquartered in Moscow and funded by the Russian government. Ionov utilized AGMR to carry out Russia’s influence campaign.

According to the indictment, Ionov — working under the supervision of the FSB and with the Russian government’s support — recruited political groups within the United States, including U.S. Political Group 1 in Florida, U.S. Political Group 2 in Georgia, and U.S. Political Group 3 in California, and exercised direction or control over them on behalf of the FSB. Specifically, Ionov provided financial support to these groups, directed them to publish pro-Russian propaganda, coordinated and funded direct action by these groups within the United States intended to further Russian interests, and coordinated coverage of this activity in Russian media outlets. Ionov also relayed detailed information about this influence campaign to three FSB officials.

“Secret foreign government efforts to influence American elections and political groups threaten our democracy by spreading misinformation, distrust and mayhem,” said Assistant Attorney General Kenneth A. Polite, Jr. of the Justice Department’s Criminal Division. “The department is committed to ensuring U.S. laws protecting transparency in the electoral process and the political system are not undermined through foreign malign influence.”

“The prosecution of this criminal conduct is essential to protecting the American public when foreign governments seek to inject themselves into the American political process,” said U.S. Attorney Roger B. Handberg for the Middle District of Florida. “We will continue to work with our partners at the FBI to investigate these events, and we will continue to follow the evidence to ensure justice is done.”

Early in the conspiracy, senior members of U.S. Political Group 1, UIC-1, UIC-2, and UIC-3 exchanged emails about the fact that Ionov was working on behalf of the Russian government. For example, in September 2015, Ionov paid for UIC-1 to attend an AGMR-sponsored “Dialogue of Nations” conference in Moscow. Upon his return to Florida, UIC-1 reported to the leadership of U.S. Political Group 1 that AGMR is “a solid institution of Russian politic,” and that it was “clear” that AGMR was “an instrument of [the] Russian government,” which, UIC-1 wrote, did not “disturb us.” The following week, in an email discussion, U.S. Political Group 1 leaders observed that it was “more than likely” that the Russian government was using AGMR “to utilize forces inside of the U.S. to sew [sic] division inside the United States.”

“The impact of Russian malign foreign influence cannot be overstated,” said Assistant Director Luis Quesada of the FBI’s Criminal Investigative Division. “The FBI will aggressively pursue any foreign government that attempts to divide American citizens and poison our democratic process.”

Ionov used his control over U.S. Political Group 1 leaders to foster discord within the United States, to spread pro-Russian propaganda under the guise of a domestic political organization, and to interfere in local elections. For example, in January 2016, Ionov guaranteed financing for — and ultimately funded — a four-city protest tour undertaken by U.S. Political Group 1 in support of a “Petition on Crime of Genocide against African People in the United States,” which it had previously submitted to the United Nations at Ionov’s direction. Later, in 2017 and 2019, Ionov monitored and supported the St. Petersburg, Florida, political campaigns of UIC-3 and UIC-4. In 2019, before the primary election, Ionov wrote to a Russian official that he had been “consulting every week” on the campaign. After UIC-4 advanced to the general election, FSB Officer 1 wrote to Ionov that “our election campaign is kind of unique,” and asked, “are we the first in history?” Ionov later sent FSB Officer 1 additional details about the election, referring to UIC-4 as the candidate “whom we supervise.”

According to the indictment, Ionov’s relationship with U.S. Political Group 1 continued until at least March 2022. Specifically, in the wake of Russia’s invasion of Ukraine, U.S. Political Group 1 repeatedly hosted Ionov via video conference to discuss the war, during which Ionov falsely stated that anyone who supported Ukraine also supported Nazism and white supremacy. In a report to the FSB, Ionov explained that he had enlisted U.S. Political Group 1 to support Russia in the “information war unleashed” by the West.

Ionov is charged with conspiring to have U.S. citizens act as illegal agents of the Russian government. If convicted, he faces a maximum penalty of five years in prison. A federal district court judge will determine any sentence after considering the U.S. Sentencing Guidelines and other statutory factors.

The FBI Tampa Field Office is investigating the case.