DEA has determined that four out of ten DEA-tested fentanyl-laced, fake prescription pills contain at least two milligrams of fentanyl. 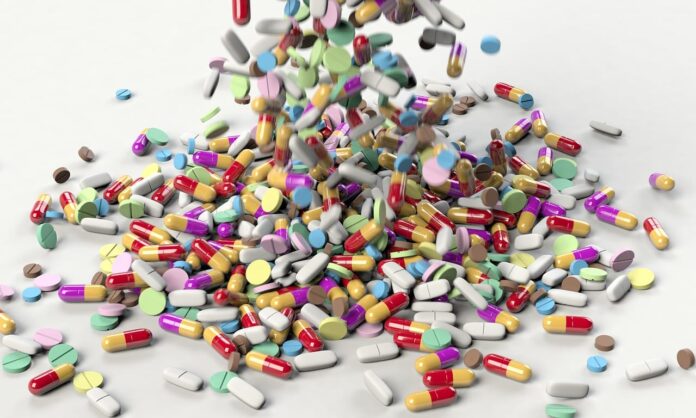 As U.S. overdose deaths reach a devastating new height, claiming a new victim every five minutes, the Drug Enforcement Administration has revealed a direct link between fentanyl-related overdose deaths and criminal drug networks in Mexico. These groups are harnessing social media platforms to bring drugs laced with fentanyl and fake prescription pills into American homes with one click on a smartphone. In a Washington, D.C. press conference, DEA Administrator Anne Milgram announced the results of a public safety surge that lasted from September 29, 2021 through December 14, 2021. The surge targeted criminal drug networks that are harnessing the anonymity and accessibility of social media apps to push deadly drugs into American communities.

DEA officials warn that criminal drug networks in Mexico are mass-producing deadly fentanyl and fentanyl-laced, fake prescription pills, using chemicals sourced largely from China. These fake prescription pills are designed to appear nearly identical to legitimate prescriptions—such as Oxycontin®, Percocet®, Vicodin®, Adderall®, Xanax® and other medicines—and have been found in every state in the country.

During the recent public safety surge, DEA and law enforcement partners seized more than 1,500 pounds of fentanyl and over eight million fake prescription pills. The seizures were directly linked to at least 46 overdoses and 39 overdose deaths. At least 76 of the cases involved drug traffickers using social media applications, including Snapchat, Facebook, Facebook Messenger, Instagram, TikTok, and YouTube. 32 cases have direct ties to the major Mexican drug networks that are mass-producing and distributing fentanyl.

“Mexican criminal drug networks are harnessing the perfect drug trafficking tool: social media applications that are available on every smartphone,” said DEA Administrator Anne Milgram. “They are using these platforms to flood our country with fentanyl. The ease with which drug dealers can operate on social media and other popular smartphone apps is fueling our Nation’s unprecedented overdose epidemic.”

DEA launched the One Pill Can Kill campaign to inform the American public of the dangers of fake prescription pills. The only safe prescription medications are ones prescribed by a trusted medical professional that you get from a licensed pharmacist. All other pills are unsafe and potentially deadly. For more information, visit dea.gov/onepill.

“This holiday season,” Milgram said, “every parent, family member and friend should take a few minutes to share a simple message: One Pill Can Kill. Know that DEA remains relentless in our commitment to take down the criminal drug networks that threaten the safety and health of American communities.”