Emergency Responders and the Dangers of ‘Masculinity Contests’ 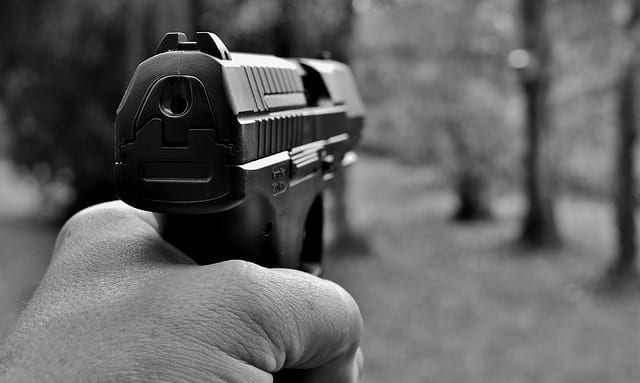 During the horrific school shooting last month in Parkland, Florida, one of the sheriff’s deputies on the scene did not enter the building to confront the attacker. The internet, Parkland officials, and politicians reacted swiftly. The deputy was criticized by his boss for his supposed inaction and was called a “coward” by the president of the United States.

The use of this specific word was not accidental. More than just failing to act as a first responder, “coward” implies a much greater transgression: failing to act as a man. As Alex Kingsbury writes in the Boston Globe, it plays into a timeless American narrative: “the idea that real men dispatch bad men with a pull of the trigger.” Because the bonafide requirements of first responders’ jobs closely align with traditional ideals of heroic manhood (“strong,” “brave,” “risk-taking”)—ideals deeply rooted in culture and psychology—men in first responder roles face additional pressure to “act like men” at work. This makes their perceived failure to do so all the more noteworthy and susceptible to critique by the public and their colleagues.

Masculinity, we should note, has many manifestations in organizations. One of us (Olivia) has investigated a side of masculine organizational culture known for what psychologists call “companionate love.” It involves fondness, affection, caring, compassion, and tenderness—or, as first responders would say, “camaraderie” or “brotherly love.” Shaming the deputy for failing to act heroically by calling him a coward, however, perpetuates a darker side of masculine culture associated with avoiding the appearance of vulnerability and gaining and maintaining dominance over others. By making people feel diminished, worthless, and exposed, shaming like this often motivates defensive responses, as psychologist June Tangney and her collaborators have found in their study of criminal recidivism. Shame in the context of this second type of masculine organizational cultures, we are coming to learn, can lead to a variety of negative individual and organizational outcomes.

For the past two and half years, a working group of gender scholars (including us) led by Jennifer Berdahl, Joan Williams, Peter Glick, and Marianne Cooper have been working to understand what happens in organizational cultures that conflate masculinity with performance, or what the working group refers to as “masculinity contest cultures.” To maintain status, such cultures require workers (both men and women) to “prove” their masculinity by engaging in behaviors we categorize into four groups: “dog-eat-dog,” “strength and stamina,” “put work first,” and “show no weakness.” These behaviors tend to be common in organizations characterized by toughness and competitiveness, like first-responder organizations, but even consultants and executives who spend most of their time behind a computer can valorize similar ideals, as sociologists Erin Reid and Mary Blair-Loy find in forthcoming research.