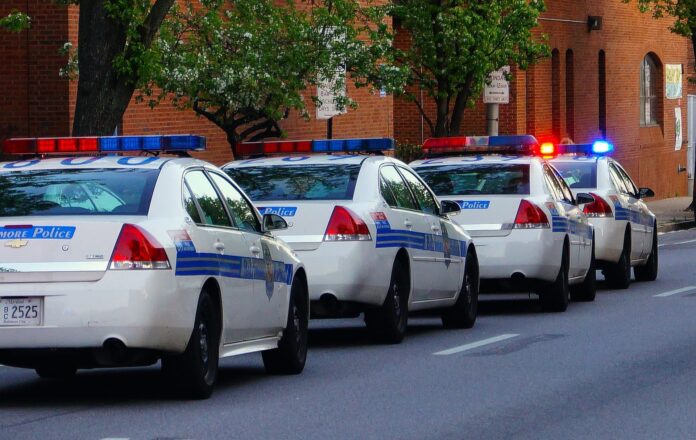 Attorney General William P. Barr and Justice Department leadership announced the recipients of the Fourth Annual Attorney General’s Award for Distinguished Service in Policing, recognizing the exceptional work of 23 law enforcement officers and deputies from 12 jurisdictions across the country.

The Attorney General’s Award recognizes individual state, local, and tribal sworn rank-and-file police officers and deputies for exceptional efforts in policing. The awarded officers and deputies have demonstrated active engagement with the community in one of three areas: criminal investigations, field operations or innovations in community policing. This year, the department received 214 nominations recognizing a total of 355 individual officers, deputies, and troopers. There were 39 states represented in the nomination pool, covering state, local, campus, sheriff, and other agency types.

“There is no career nobler than that of a police officer, and the 23 officers we honor this year demonstrate that clearly,” said Attorney General William P. Barr. “These individuals are distinguished in their service for field operations and criminal investigations – from investigating homicides to drug trafficking to sexual exploitation and assault – to making positive change in their communities through innovative outreach to local residents. Their actions are a testament to what law enforcement officers contribute to our nation each day, keeping us safe from violent crime and building more trusting communities, and they are deserving of our collective thanks. I am pleased to honor these 23 officers for their distinguished service in policing.”

The Department of Justice works closely with local law enforcement and strives to be a ready resource for them. The Attorney General’s Award for Distinguished Service in Policing is just one more way the department can show its continued commitment to the profession and honor the men and women who so bravely serve it.

Detective Kenneth Williams, with the Metropolitan Police Department in Washington, DC, was determined to pursue a cold case file to bring a serial rapist and murderer to justice. For over twenty years, Detective Williams followed leads and pursued the case. His efforts ultimately led him to a town in South Carolina, where a suspect was taken into custody and extradited to Washington, DC.

Special Agent Ryan Kedley orchestrated and oversaw one of the largest sexual exploitation investigations in Iowa state history. Kedley’s team discovered that, for almost 20 years, a local youth basketball coach had been secretly amassing thousands of videos and photos of his players and their friends. Investigators determined the coach had sexually assaulted at least 15 young men and victimized another 400, though the actual numbers are suspected to be much higher. The former coach is now serving a 180-year sentence in prison – the longest sentence possible for the charges he faced.

These four Thornton (CO) detectives diligently pursued a high-level Walmart credit card scheme that eventually led the detectives to partner with the F.B.I., the U.S. Postal Service, the Department of Homeland Security, and the State Department. Senior citizens in particular were targeted by this confidence scheme, who unknowingly became the source of millions of dollars of fraudulently obtained funds – funds that were eventually laundered and sold as gift cards overseas. The detectives conducted numerous surveillance operations, covertly went through the suspects’ trash on multiple occasions, spent days reassembling shredded gift cards, and ultimately followed their leads to East Asia. So far, two defendants have now pleaded guilty, and 25 other defendants are being monitored.

These dedicated individuals sought to stem an increase in shootings, drug trafficking, illegal guns, and gang activity; and their work achieved just that, with illegal drugs, guns, and violent criminals removed from city streets and community trust revived. Forming a coalition that included agents from the Bureau of Alcohol, Tobacco, Firearms, and Explosives and the U.S. Attorney’s Office for the Eastern District of Wisconsin, over 50 active, armed participants in the illegal drug trade were identified, many with criminal gang ties. The investigation also led to a major firearms straw purchasing scheme. Hundreds of hours of surveillance, interviews with numerous suspects and dozens of warrant executions have led to the arrest of 35 suspects, with many more arrests and indictments still pending. These cases also involved the disruption of networks distributing cocaine, heroin, and methamphetamine, including the largest single heroin seizure in the history of Fond du Lac.

Sometimes lost in the narrative of American policing are the lives that officers save. This particular drama unfolded on an August night in Philadelphia, when Officer Felix Rivera was monitoring a large party. When he heard multiple gunshots Officer Rivera first radioed for help, and then rushed toward the shots. Officer Sherrelle Mitchell quickly sped to the scene. The officers found a gunshot victim bleeding profusely. After applying a tourniquet, the officers placed the victim in their vehicle and rushed to the hospital. On the way, the victim lost consciousness several times, and Officer Mitchell continued to perform CPR and chest compressions. The heroic actions of these officers saved a life that night.

In December 2019, in Fayetteville, Arkansas, an individual determined to assassinate law enforcement officers, and armed with 100 rounds of ammunition, approached a police car and fired 10 times, killing Officer Stephen Carr. Hearing the shots and seeing the suspect, Corporal Seay-Peter Floyd – with no regard for his personal safety – pursued the suspect and fired. Officer Natalie Eucce (Officer Carr’s partner) and Sergeant James Jennings joined Corporal Floyd in pursuing the suspect and fired as well. The suspect was pronounced dead on the scene. It is very likely more officers would have lost their lives that night, if it were not for the bravery of Corporal Floyd and Officer Eucce.

In Curry County, Oregon, Sergeant Jason Thien often works alone on his shift, where he services a 1,600-square mile county and more than eighty miles of the Pacific Coast Highway. Even so, he did not hesitate to give it his all when word came down of a widespread manhunt for a murder suspect, who was thought to be in Curry County. Working his contacts, combing property records, and using other investigative tools, he found his man. Thanks to Sergeant Thien’s dedicated efforts, he apprehended the subject, who will soon be facing charges.

The Bolden community had always been a challenge for police officers and it was very difficult to build trust with residents. Youth in the community also struggled, and the numbers showed poor academic records and low graduation rates. So when an area merchant wanted to create a free, fully accredited baseball league for youth, police officers jumped in to assist as coaches for the Bolden Little League (BLL). Just two years after it started, and as relationships between police officers and the children and their families strengthened, the league expanded to 14 teams and 186 children. The league focused on reducing violent crime by building trust and positively affecting the children and families involved; and the success was in the numbers, with the neighborhoods surrounding the park posting a 76 percent reduction in violent crime from 2018 to 2019.

Officer Philip Smith is the symbol of community policing in Evansville, Indiana, where he serves as the special projects coordinator for the Evansville Police Department. His community outreach efforts have put a human face on the badge, and his efforts have encouraged the public to work with the police and the police to have an ally in the public. Smith runs the department’s Facebook page, which now has 45,000 subscribers – in a city of 117,000. His social media activity includes weekly videos celebrating different officers and community members, and photos of police and kids on department-sponsored trips to theme parks. He also helped create the department’s breast cancer awareness fundraiser, and established a program where salons and barbershops host officers for informal chats with their patrons. All this community outreach has meant that when the department now has to explain an officer involved shooting, or asks the public for help in recognizing a criminal, there is a community now pre-disposed to understand and work with the department more than ever before.

When the Willingboro Police Department named Officer Sally Landrum its inaugural Community Engagement Officer, she became the face of the department in her community. Her goal was to build trust and legitimacy by engaging residents of all backgrounds in positive interactions and she found a myriad of ways to do that. Officer Landrum dove into her new role with gusto, quickly earning the respect of local religious leaders and community organizations. Her initiatives include recruitment events; story times where police read to children at the local library; anti-drug programs in the schools; toiletry drives for the homeless; training on how to spot telephone scams and mail fraud for older adults; breast and prostate cancer awareness campaigns; food, coat, and toy drives; a resiliency program for officers in distress; and a community service diversion program for young offenders. Through these efforts, community residents now know they have a friend in the Willingboro Police Department, and both the department and the community are better for it.

When Josephine County, Oregon, suffered a funding crisis, Detective Archie Lidey zoomed into action. The situation was dire, with staffing reduced at the sheriff’s office and the jail, limiting the number of offenders that could be housed. Citations were issued to most criminal offenders instead of placing them under arrest. But Detective Lidey began a grassroots effort to find and maintain funding. As a founding member of Securing Our Safety (SOS), formed specifically to overcome the law enforcement–funding crisis, Detective Lidey organized a 5k race that grew to 700 participants in 2020. Lidey and SOS also raised over $60,000 to complete a study of local justice and law enforcement programs. They also formed a nonprofit called Grace Roots, to establish a residential treatment center for people with addictions; and he was key in establishing the Grants Pass Treatment Center, a methadone and suboxone treatment program for substance abuse addiction. Josephine County went from having no treatment facility to one that now sees more than 300 patients a day. And funding-wise, it has all paid off: since 2013, Detective has coordinated events and contributions that now total $324,000.