Registration is now open for participants to run, walk, or ruck and the race series is expected to draw over 60,000 participants worldwide. 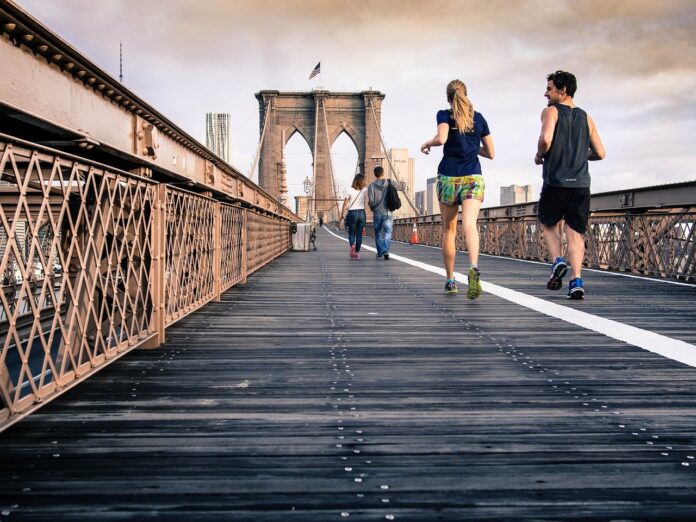 This September, one of the nation’s leading veteran service organizations, Travis Manion Foundation (TMF), will host their 14th Annual 9/11 Heroes Run 5K Race Series. Throughout September, TMF will be hosting in more than 50 locations in-person and virtually across the country and around the world. The race series will unite the community to remember the nearly 3,000 lives lost on 9/11, as well as honor our veterans, military, and first responders who serve our country and communities.

Registration is now open for participants to run, walk, or ruck and the race series is expected to draw over 60,000 participants worldwide. TMF has created a touching video to honor the 20th anniversary of 9/11 as an inspiration to attendees of all ages, which can be seen in a short version here or in a full story cut here.

The 9/11 Heroes Run 5K series was inspired by Marine 1stLt Travis Manion, who was killed by an enemy sniper in Iraq in April 2007 as he selflessly pulled his wounded teammates to safety. Before his final deployment, Travis visited New York City Fire Department Rescue Company 1 – famous for losing almost all of their men on 9/11—and returned home with an even deeper devotion to defending our freedom ahead of his return to Iraq. At its heart, the 9/11 Heroes Run is a personal commitment to never forget the heroes of that day.

“The 20th anniversary of the September 11th attacks is an opportunity to reflect,” said TMF President, Ryan Manion. “We reflect on the civilians and first responders we lost that day, and all those lost in the wars since, including my brother. Especially at this time in our nation’s history, it’s important that we come together to remember what connects us as Americans and rediscover the strength of our character. It has never been more important to let those who have sacrificed so much in the last 2 decades know that we are here for them. This is what the 9/11 Heroes Run race series is all about.”

Travis Manion Foundation’s 9/11 Heroes Run is proud to have Comcast NBCUniversal as a national sponsor. For more information about the race series or to register, visit http://www.911heroesrun.org