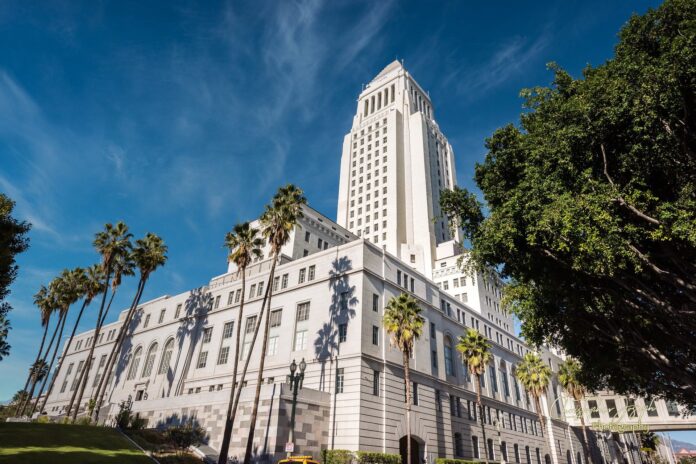 An anti-vaccine rally at Los Angeles City Hall turned violent Saturday, with one person stabbed and a reporter saying he was assaulted, according to police and protesters on the scene.

A crowd of several hundred people, many holding American flags and signs calling for “medical freedom,” had descended on City Hall around 2 p.m. for the planned rally. A few dozen counterprotesters had amassed on 1st Street near the former offices of the L.A. Times before the clash.

A fight erupted on the corner of 1st and Spring streets shortly after 2:30 p.m., as counterprotesters in all black and anti-vaccine demonstrators draped in American flag garb and Trump memorabilia traded punches and threw things at one another. It was not immediately clear how the fight started, though each side quickly blamed the other.

Read the full story at the Los Angeles Times