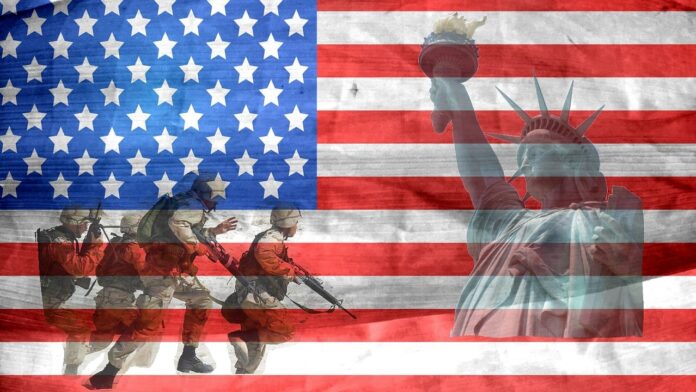 Today, Wreaths Across America (WAA) and MISSION BBQ announce the Nov. 12 start of the “American Heroes Cup” campaign to raise funds to sponsor veterans’ wreath to be placed on National Wreaths Across America Day in December of 2021. To kick off this year’s partnership, the WAA Mobile Education Exhibit will be participating in a monthlong tour of MISSION BBQ restaurant locations in Maryland and Virginia, offering free tours for the public interested in learning more about the mission to Remember, Honor and Teach.

The Mobile Education Exhibit started its national tour months ago at the WAA headquarters in Maine and is a unique opportunity to learn more about the national nonprofit, the work being done to honor veterans and get a first-hand account of what it is like to deliver more the more than two million sponsored Veterans’ Wreaths on December 19th of this year and how WAA’s work impacts families all across America. The goal of the WAA Education Exhibit is to bring local communities and our military together with education, stories, and interactive connections. All veterans, active-duty military, their families, and people in the local community are invited and encouraged to visit the Exhibit.

“We owe everything to our nation’s veterans, who have risked all that a person can to defend and protect this country,” said Bill Kraus, co-founder of MISSION BBQ. “It’s an honor to provide support to Wreaths Across America in remembering the fallen and thanking military families for their sacrifices.”

To view the full schedule of Exhibit stops at MISSION BBQ restaurants in MD and VA click here.

Though the end of 2020, for every American Heroes Cup purchased at any of the restaurant’s 99 locations, $2 will be donated to WAA. In 2019, MISSION BBQ raised $350,420 for WAA through its American Heroes Cup campaign, sponsoring the placement of more than 23,000 veterans’ wreaths in memory of our nation’s veterans – these wreaths will be placed by volunteers at more than 80 participating cemeteries this year on National Wreaths Across America Day – Saturday, Dec. 19, 2020.

Bill Kraus and Steve Newton opened the first MISSION BBQ restaurant in a Baltimore suburb in 2011, on the 10th anniversary of the Sept. 11 terror attacks. In opening the restaurant, they sought to Serve, Honor and Thank American heroes for their sacrifices and service by donating a significant portion of the restaurant’s profits to the community’s military non-profit groups and charity organizations that support police officers and firefighters. Since its founding in 2011, MISSION BBQ has opened 75 additional locations in 16 states.

WAA began in 1992 in Harrington, Maine, when the Worcester Wreath Company sought to turn a surplus of 5,000 holiday wreaths into an opportunity to pay tribute to our country’s veterans. With the help of then Maine Senator Olympia Snowe, the company’s owner, Morrill Worcester, arranged for the surplus wreaths to be placed at Arlington National Cemetery as a tribute to our country’s veterans. The tradition has continued on and over the last 27 years, the event has grown in scope, touching the lives of thousands of veterans’ families and volunteers. In 2019 alone, Wreaths Across America and its national network of volunteers laid over 2.2 million veterans’ wreaths at more than 2,100 participating locations in all 50 U.S. states, at sea, and abroad.

“Remember the fallen, Honor those who serve and Teach our children about the cost and value of freedom — that is our yearlong mission,” said Karen Worcester, executive director of Wreaths Across America. “MISSION BBQ demonstrates this mission in how they conduct business in the communities they serve. Sharing stories of American heroes, treating our nation’s veterans with the dignity and respect they deserve, while teaching the next generation, every day. We are honored to be a program worthy of their support and grateful for their customers who also support this mission.”

American Heroes Cups are available year-round, currently retailing at $3.99 with $2 of every cup purchased donated to a charity supporting veterans and first-responders. Now through December 31, 2020, proceeds from the American Heroes Cups will be donated to WAA. Customers are encouraged to bring back their American Heroes Cup on return visits to the restaurant to receive $.99 refills. To find a MISSION BBQ location near you visit: https://mission-bbq.com/locations.

National Wreaths Across America Day is a free event and open to all people. For more information, visit www.wreathsacrossamerica.org.