Air Force Col. David Ashely (ret.) is biking north-south across the United States with Warrior Expeditions and sharing his updates with HSToday.

My name is Colonel (Retired) David Ashley, and I joined the U.S. military at the age of 17 via the West Point Prep School at Fort Monmouth, New Jersey (now relocated up to West Point, N.Y.). I can still remember the day of my 18th birthday, as the drill sergeant was inspecting rooms and asked why I was smiling. “It’s my birthday, drill sergeant!” I blurted out. “Oh, is that so?” He said, and walked up to me while reaching into his pocket for what looked like getting his wallet. As he got closer to me, wham! He punched me in the stomach. As I bent over, wind knocked out of me, he walked off saying “Happy Birthday, Cadet Candidate Ashley” over his shoulder.

That was 27 years ago, and since then I graduated both the prep school and West Point, earning a degree in Industrial Engineering. I also married one of my West Point Classmates, Diane Wittenbrook (now Ashley) and together we both switched services at graduation and began careers in the Air Force (that is a whole different story). You may know of Diane Ashley, as she has been supporting the Homeland Security sector for several years through companies such as Lockheed Martin, Accenture, and now Steampunk (formerly SE Solutions).

During my time in the Air Force, I deployed twice to the Middle East and performed various assignments in Space and Missile operations, including two Command tours, a Joint tour at USSTRATCOM and two Pentagon tours. My career culminated as the Program Manager for the $20+billion Advanced Extremely High Frequency satellite system and the Evolved Strategic SATCOM satellite system program offices, two space programs that provide secure, protected communication to the President, National Command Authority, U.S. nuclear forces, and our allies Canada, Great Britain, the Netherlands, and Australia. Whew, that’s a mouthful!! 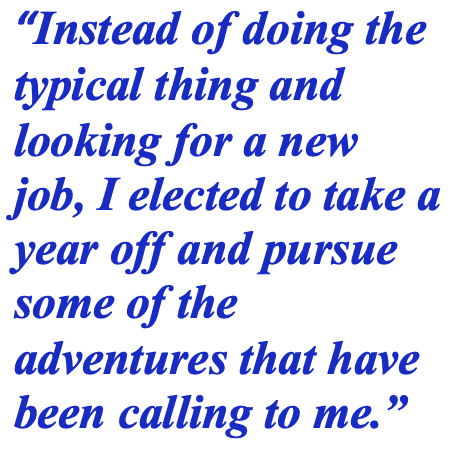 For most of my career I desired nothing more than to serve my country honorably and to seek increased responsibility and more challenging assignments. After countless moves, having two children, and Diane’s civilian career taking off (she served five years in active duty, took a few years off when our children were babies, and then entered the commercial workforce) my perspective started to change around 2016-17 during my second Pentagon tour. Working in the headquarters of any large bureaucracy can have that kind of impact, not just seeing but participating in the sausage-making of national-level policy and budgeting. However, I had recently pinned on Colonel and was on “track” for the possibility to make General, so I shelved my personal feelings in order to accept a second Command assignment as a Senior Materiel Leader (Air Force talk for a program manager position).

Hoping to stay in D.C. where Diane was enjoying her professional career and our daughters were in school, I was assigned to Los Angeles Air Force Base, California.

Of all our moves, this was the most difficult. Diane had to relocate with me, and we elected to have our daughters avoid changing high schools by attending a prestigious private high school in Hudson, Ohio, called Western Reserve Academy. Fortunately Diane has several family members near the school, so our daughters had a full support system in place.

After about a year in Los Angeles I was perfectly miserable. Away from my daughters, with both Diane’s and my family on the East Coast, we worked hard and spent our vacation time traveling back East. We were both tired of the uncertainty that a new job and new location could drop for me any day, and we felt a pull back to D.C. to be close to our family and friends. While I was very successful at Los Angeles, I felt the absence of passion that had fueled my career up to that point, and looking ahead I only saw staff jobs, long meetings, and a closer association with the headquarters policy and budget process that I had detested at the Pentagon.

Looking at all the different indicators, a moment of clarity came over me. I could solve all of these “problems” by retiring. So, that is why I did.

We moved back to D.C. earlier this year. Instead of doing the typical thing and looking for a new job, I elected to take a year off and pursue some of the adventures that have been calling to me over the years. Unable to take enough time off while on active duty, I now had complete freedom! I took my daughters to Europe for a month, climbed Mount Rainier in Washington, and Mount Taapaca, a 19,200-foot peak in Chile. Next I headed up to Northern Montana to cycle 2,500 miles on the U.S. portion Great Divide Mountain Bike Route (GDMBR) that connects Banff, Canada, with Antelope Wells, N.M., via roads and trails.

Thanks to #WarriorExpeditions for coordination of the logistics on this trip, to include the bike and gear! Looking forward to meeting the nonprofit leader Sean Gobin when I arrive in Montana, along with the other three military veterans riding this route for the next month or so. More details to follow soon, as we have a day for meeting up and getting our gear ready tomorrow in Eureka, Montana.

He fell out of the aircraft at 1,500 feet. They say others in the plane saw the airman’s parachute deploy…

With two other alien events planned at the time of the infamous Facebook run, cell phone service will go down…

Looking at all the different indicators, a moment of clarity came over me. I could solve all of these “problems”…

Prior to his selection, Chief Scott led the men and women of
Rhea has a decade of experience in the Federal IT sector, including
Huntington Ingalls Industries has announced that Brandi Smith has been named program
Rather than bemoaning the talent deficit, the C-suite can and should do
Coast Guard Adm. Charles Ray said the service's goal over the past

SIGN UP NOW for FREE News & Analysis on topics of your choice across homeland security!

BEYOND POLITICS.  IT'S ABOUT THE MISSION.

With two other alien events planned at the time of