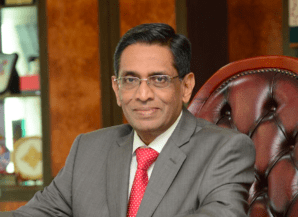 Dr. Subramaniam, the former Minister of Health of Malaysia (2013-2018) discusses the Malaysian response to coronavirus and how they were able to reduce the number of new cases by balancing science and politics.

No registration is required to watch the live stream online. An on-demand video will be posted after the event.

Dr. S. Subramaniam was the former Member of Parliament in the Malaysian House of Representatives from 2004 to 2018. From 2004 to 2008, he was appointed as the Parliamentary Secretary for the Ministry of Housing and Local Government. Subsequently, he was appointed as the Minister of Human Resources of Malaysia from 2008 to 2013 and eventually as the Malaysian Minister of Health from 2013 to 2018.

Under the Human Resources Ministry, Dr. Subramaniam was instrumental in the introduction of minimum wage in Malaysia and brought forward many reforms to protect workers in Malaysia.

Subsequently as the Health Minister, he led a major move to bring out transformations to the health system particularly aimed at addressing the issues of non-communicable diseases and sustainability of health financing. He was also the Vice President of the World Health Organization and the Chairman of the Western Pacific Regional Office of the World Health Organization. He has spoken in many international forums in particular the World Economic Forum, World Health Assembly, Regional Health Assembly, Harvard Ministerial Discussion Seminars and at the EATS foundation forums.

Dr. Subramaniam is a medical doctor by training who graduated from the National University Singapore and is a consultant dermatologist who was trained in the United Kingdom and Ireland. He is a Fellow of the Royal College of Physicians in Ireland, Fellow of The Academy of Medicine Malaysia and honorary Fellow of the Royal Australian College of General Practitioners.

He is married to Dr. Umarani, a clinical biochemist in Malaysia, and has three children.

You don’t need Zoom to watch though. Simply join us on Facebook or on The Voices in Leadership website. Details below. And keep an eye out for additional announcements from us about future events.