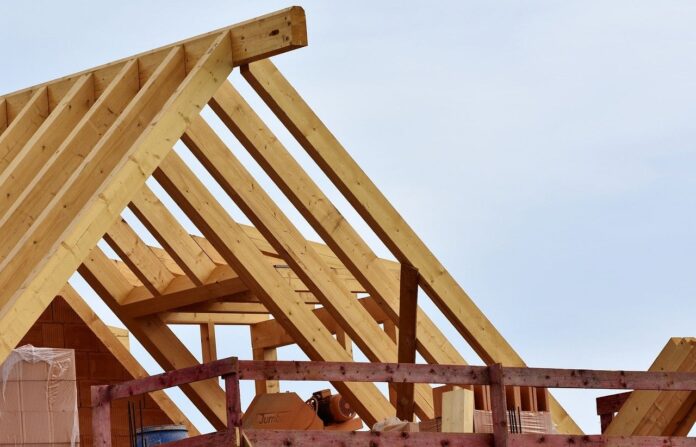 COVID-19 and the tragic death of George Floyd have had a major – and we hope to some degree an irreversible – impact on how Americans will be dealing with race, social justice, education, workplace dynamics, and even how we dine. The last few weeks could also be a turning point for how Americans think about politics.

Labels such as liberal or conservative, Democrat or Republican, socialist or nationalist have dominated the political dialogue for many years. But in today’s world, such labels are more likely to divide and obfuscate than define and illuminate. When protests and rioting erupted across the United States, many wondered who on the streets were valid protesters and who were provocateurs seeking to exploit the unrest to enrich themselves or promote their creed. Labels abounded. We were told they were anti-fascists/antifa, white nationalists, boogalooers, white supremacists, anarchists, looters, criminals, or just thugs.

In the coming weeks and months, we probably will learn a lot more about who was on the streets, how many people were involved in legitimate protest activity, who was responsible for the fires and looting, and whether any were involved in both. There is always value in acquiring such data, but we must not overlook a much more important reality.

Applying labels in an effort to place blame on the far left or the far right misses the point. It makes it easy to fall into the pernicious trap of Confirmation Bias. The boogalooers, for example, are described as supporters of “civil revolutionary war.” Some members are avid supporters of President Trump and others want to bring his government down. But when Confirmation Bias sets in, you only notice which side of the argument supports your view.

We Need a New Lexicon

The real distinction may be more than just ideological. A better lens for understanding people’s intentions and a more useful framework for projecting what now needs to be done in America is to throw away the overused labels. Instead, we should divide whom we saw on the streets and in our society in general into two groups: Destructionists and Constructionists.

When we try to make sense of individual or group behavior in America – and even in the world – a useful first question to ask is: “When I observe protesters and others making arguments, are they at their core seeking to strengthen or erode institutions, preserve or diminish norms and standards, and preserve or challenge discrimination?” Traditional labels to describe where an individual or group stands on a particular political or social issue may not be the appropriate distinguisher. It is time to stop blaming others and focus on fixing problems and reforming institutions.

And Everyone Now Needs to Get Engaged

An even more fundamental question to ask is: “Is this person or group trying in their own way to make things better?” For example, George Floyd was described by his friends as a “adder,” not a “subtractor.” If you don’t like what someone is saying, don’t dismiss them or start an argument. A more productive strategy for a Constructionist is to tell that person how what they said affected you and seek to understand what prompted them to say it. Once a non-confrontational dialogue is initiated, more productive actions are possible. And the time has come to be proactive in promoting such changes.

On the other hand, if the behavior of a person or group you observe seems intended mostly to divide people, abuse power, impose one’s views on others, and enhance one’s own pockets or standing, then the best response is probably to pay them less attention – and encourage others to do so as well. They have a right to speak but not to dominate the airwaves. Constructionists should take more initiative for setting the national agenda. Meanwhile, the destructionists can continue to live in their world, create their own comfortable narratives, many often spun from disinformation. Destructionists should not be allowed to command the spotlight if what they say does not contribute to a better America and a better world for ALL of us.

In a recent email my wife sent our company about the need to stand in solidarity against racism, inequality, and injustice, she noted how she had been inspired earlier in her career by the words of an ancient Egyptian named Ptah Hotep. He said: “If he who listens listens fully, then he who listens becomes he who understands.” A key component of being a constructionist is being able to listen and gain a deeper understanding of what is motivating those with whom we are seeking a new common ground. Now is the time to listen more, strive to understand, and seek a new common ground. We must take personal responsibility for building a better society and a more just world for everyone.

A key metric of success is whether in six months the national dialogue is dominated by reports of positive acts that are being done by eclectic groups of constructionists who never used to talk to each other. Wouldn’t it be nice to hear yourself saying: “Look at what we have accomplished. I am truly proud to be an American. I can stand tall, and I did my part!” As one of our colleagues suggested, our new mantra could be “Listen, Think, Do – Together.”

We hope some of our books reinforce this message. See for example, the discussion of Adversarial Collaboration techniques in in Structured Analytic Techniques for Intelligence Analysis, 3rd ed.; and chapters in Critical Thinking for Strategic Intelligence on What is the Context for My Analysis?, Did I Consider Alternative Hypotheses?, and How Might I Be Spectacularly Wrong? to be published as a 3rd ed. in September 2020.