PERSPECTIVE: Socialism Is Not the Answer, Especially for Security 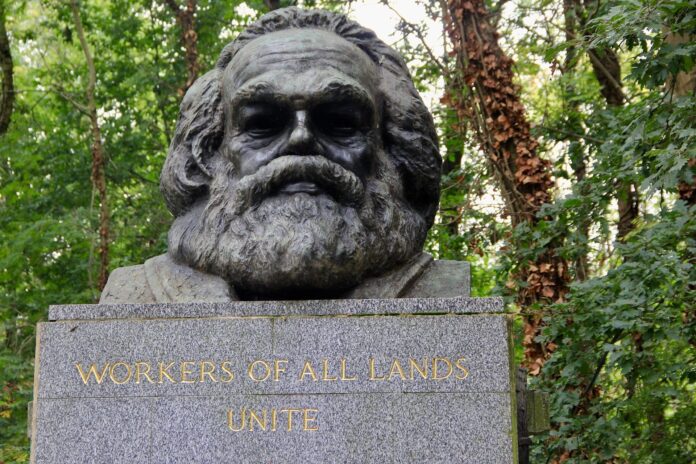 We are currently facing a tough decision in America, which requires a choice between the radical Democrats and Republicans in what is being called the fight over “Democratic Socialism” vs. a “Free Society.”

Socialism in theory could be very appealing to masses, especially the under-thirty and low-income populations. It is defined as a doctrine that entitles “the public rather than private sector ownership or control of property and natural resources as individuals do not live or work in isolation but live in cooperation with one another.” In its essence, it describes empowering the poor and equality for all as it is the first step for the extinction of the different social classes. The idea that everybody will be at the same level, with the same purchasing power, same work opportunities and same benefits sounds very attractive. Additionally, the belief that capitalism creates wealth, which in turn creates more inequality within the population, is enticing to the low-income stratum, resulting in their trust that socialism is the solution to avoid it. These are the concepts that several leaders claim to follow in order to maintain that socialism is the answer for all their problems; however, further investigation will show you that even in very communist or socialist countries the very wealthy or political elites exempt themselves from these criteria.

Whether you agree with this or not, history has showed over and over that this theory does not translate well into practice. The reality is that all the countries that have adopted the socialist idiosyncrasy have spiraled into an economic downfall that not only includes shortages in food and medicines and a higher death rate, but also non-existent private sector industry growth or innovation. The different social stratums are indeed eliminated but instead of the low-income population having more opportunities, it is the other stratums that have all opportunities taken away from them. The ultimate result is that the leaders of these countries get complete control of the population. Additionally, under this ideology, private sectors are nationalized (takeover of privately-owned businesses) or expropriated (taking property from its owner for public use or benefit). This takeover of private sector businesses not only causes a strain on relations with other countries (related to multinational corporations), but also creates supply chain restrictions or interruptions, very high inflation, and a non-existent research and development (R&D) due to supply and wealth redistribution. This can be better seen in looking at Venezuela’s descent into an economic and political chaos, even with a large oil producing capability, to emphasize the caution of what can happen under a socialist regime.

The most common myth is that the socialists care for the poor, the less privileged and the ones who do not have a voice. Through history we have seen that this is not the case; in fact, it is the complete opposite. The population becomes quickly disenfranchised and often feels deceived by all the promises made by these leaders that never materialized. Finally, the population comes to realize that the only ones who benefit from a socialist ideology are the ones who are political elites or rich and not the average citizen, but usually when this happens it is already too late.

This ideology not only impacts businesses, but dramatically affects citizens’ freedoms and liberties. It allows the government to utilize an overwhelming daily military presence in its citizens’ lives, which is one of the hidden secrets that people do not talk about. In most countries, travel is allowed without approval and/or restrictions. However, under a socialist regime, travel is regulated, even between cities. Checkpoints are often used under the pretext that they are ensuring the population’s safety when in reality they are trying to intimidate the population and confiscate goods. The government can close borders and not allow visas at any time without debate in order to stop people from leaving the country permanently. To minimize negative international impact, governments install new guidelines and procedures for passports and/or issuing new identification documents, which can take years. Additionally, the freedom to speak out negatively against the government can lead to incarceration, house arrest, or death. Out of desperation, families have even committed suicide as they can no longer see their kids sick or hungry and they feel hopeless. Freedom of speech is no longer a right of the population but represents a threat for the government, and they will try to neutralize it as soon as possible.

In this type of society there is no longer an income-based class; instead, citizens are broken into classes that are based on loyalty to the political party. Members of the military and certain government branches are given more privileges and advantages than the common citizen. This way, the government ensures the control of all military for its own protection. All offices and branches of government serve only one purpose: to express their loyalty to the government and ensure its citizens remain intimidated and subdued. The government not only controls the news but also TV, internet and cellular communications. The military is not used to protect the borders; rather, it is used to intimidate its citizens from attempting to dissent or rebel. Hence, it becomes a pseudo police force enforcing a police state.

There are no socialist countries with a thriving economy: just the opposite, a submissive population under ruthless leaders. Countries that could have the potential of developing a prosperous economy are submersed in chaos, with some of the population starving and with no access to acceptable medical care or potential for improving their living conditions.

These are some of the dark secrets those preaching socialist views do not wish you to know. In the end, socialism is only beneficial for a few – specifically, the political elites and rich.

John Evans
John Evans joined Front Sight Protection with 20 years of experience in security, intelligence, counterintelligence, crisis management, critical infrastructure protection and executive protection for high profile clients. After retiring from the U.S. Government, Mr. Evans worked in the private sector as Manager for the Global Risk Intelligence Center at G4S and as the Strategic Intelligence Manager at Pinkerton’s Global Risk Group. In these roles he was responsible for all intelligence related operations and assessments as well as security/crisis management for operations globally. Prior to working in the private sector, Mr. Evans spent years with the U.S. government managing several national operations centers and managing operations both domestic and internationally. In these different positions, Mr. Evans also managed and led Special Events that included the Olympics, Pan American Games, Political Conventions, International Summits, Presidential funerals and more. Throughout his career, Mr. Evans has managed activities on six continents and produced intelligence assessments that captured threats at least a year prior to an actual attack occurring.

What Does the Seditious Conspiracy Indictment Mean for the Oath Keepers?