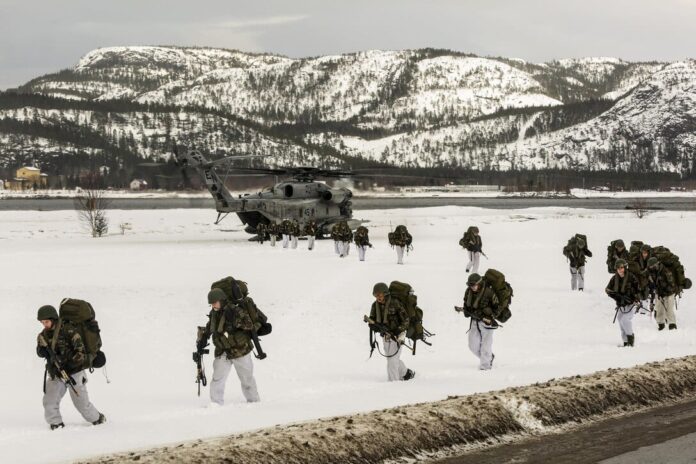 Each bill declares that climate change poses a direct threat to the national security of the United States and directs the Department of Defense to:

Some key requirements and resources include an updated Climate Change Adaptation Roadmap. Originally released in 2014 under former DOD secretary Chuck Hagel, the Roadmap focuses on various actions and planning the DoD is taking to increase its resilience to the impacts of climate change. Specifically, Congress is requiring that the updated roadmap include a strategy and implementation plan to address the effects of climate change on DoD missions, geopolitical/strategic environment, infrastructure (inside and outside the U.S.), and civilian dependencies such as supply chains and strategic transportation nodes. This Roadmap is meant to give DoD a comprehensive guide to address climate change in the coming years.

Congress also outlined a number of new resources including:

The bill also directs the US Coast Guard to identify its ten sites that are most vulnerable to climate change impacts. A recent hearing in January of 2020 urged the USCG to refocus on asserting leadership in the Arctic. The climate change impacts in the Arctic are making it more important than ever to start patrolling the area. All of DoD is required to also build on the 2018 vulnerability report. However, this would focus only on extreme weather vulnerability of installations and combatant commander requirements.

The two bills now have to be merged into a final version, so it is uncertain if all of the provisions will be passed. However, both versions contain very similar sentiments that could signal a more seamless merging. The provisions for climate change represent a pragmatic legislative recognition of the unprecedented weather events and other climate change effects we have seen in the past years.