A total of 156 incidents of piracy and armed robbery against ships were reported to the International Maritime Bureau’s (IMB) Piracy Reporting Centre (PRC) in the first nine months of 2018 compared to 121 for the same period in 2017.

The 2018 figure is broken down as 107 vessels boarded, 32 attempted attacks, 13 vessels fired upon and four vessels hijacked—although no vessels were reported as hijacked in the third quarter of this year. This is first time since 1994 when no vessel hijackings have been reported in two consecutive quarters. 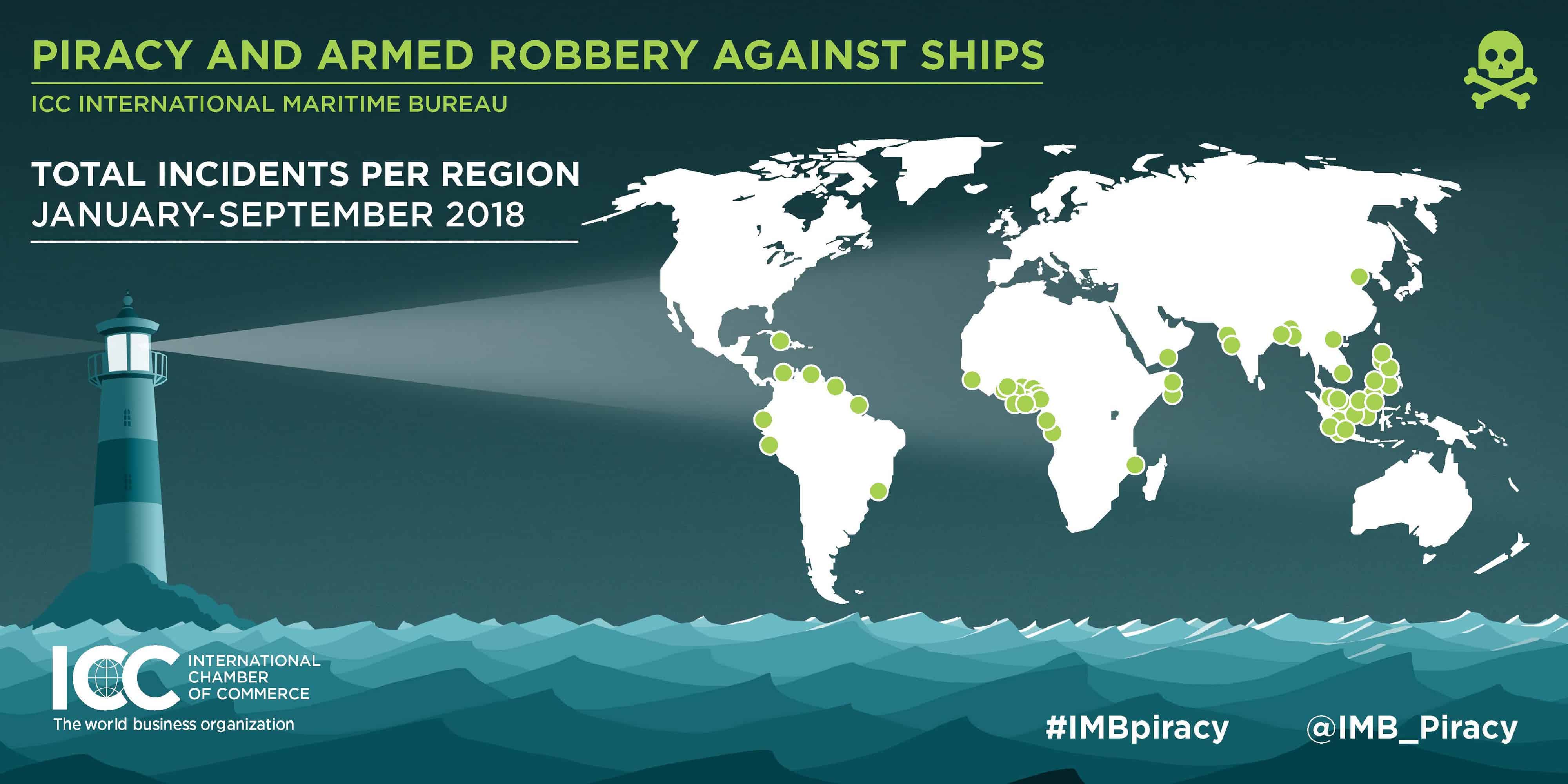 Nevertheless, incidents persist, with the number of crew members held hostage increasing in comparison to the same period in 2017—from 80 incidents to 112 by the third quarter of 2018.

In other areas of the world, incidents of piracy and armed robbery are less frequent. No new incidents have been reported off the coast of Somalia in the third quarter of this year, while two fishermen were reported kidnapped off Semporna, Malaysia, in September.

Incidents in the remaining regions, including some Latin America countries, border on low-level opportunistic theft. Nevertheless, the IMB continues to encourage all masters and crew members to be aware of these risks and report all incidents to the 24-hour manned PRC.