He spearheaded the launch of the Maritime Smuggling Awareness course for non-sworn public safety personnel, including lifeguards, firefighters, and EMTs. 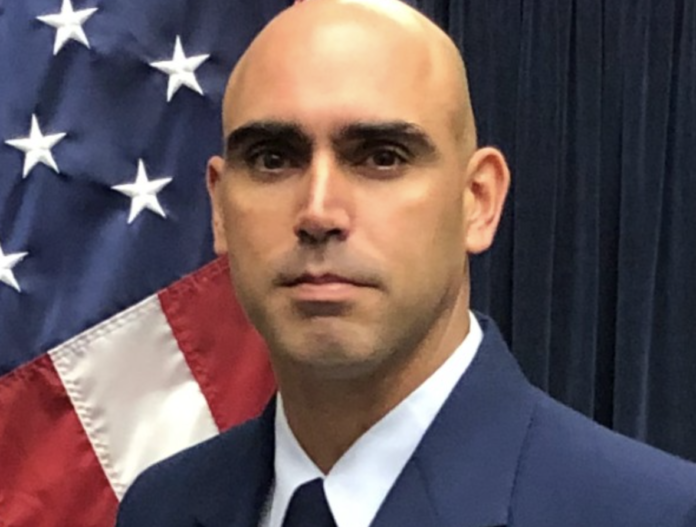 In the predawn hours of 10 January 2021, a Customs and Border Protection (CBP) aircraft spotted an unlit vessel transiting north. As the ReCoM Coordinator, CWO Hussain guided the discussion of the Regional Concurrence Team to evaluate which course of action to take in response to the suspicious vessel. Using CGC ROBERT WARD to covertly track the vessel, the ReCoM positioned CBP and Border Patrol Agents along potential landing sites. By tracking the vessel, the ReCoM learned valuable information about smuggling routes and tactics, including evasive movement designed to shake surveillance. As the vessel approached shore, it increased speed and made a significant course change which would require repositioning of agents on shore. CWO Hussain quickly convened a call with the ReCoM partners and gained concurrence for an at-sea interdiction – preventing the vessel from escaping and landing in an area without a law enforcement presence. This swift coordination allowed CGC ROBERT WARD to interdict the vessel and detain two crewmembers. A subsequent search of the vessel revealed 333 lbs of methamphetamine. Both crewmembers were successfully prosecuted and, through the investigation, Homeland Security Investigations was able to determine another successful methamphetamine smuggling event and link it to numerous load/scout vehicles and stash houses in the area.

CWO Hussain serves as the lead instructor for the LA-LB ReCoM’s Maritime Smuggling Indicators course, which is delivered to state and local law enforcement agencies. He also spearheaded the launch of the Maritime Smuggling Awareness course for non-sworn public safety personnel, including lifeguards, firefighters, and EMTs. In 2021 CWO Hussain taught more than 300 students through 18 course convenings.

The runner-up for this award goes to LCDR John Rauschenberger of ATC Mobile for his outstanding efforts executing and supporting counter drug operations in the Western Hemisphere Transit Zone.

Honorable mentions go to the following nominees (ordered
alphabetically and by rank):

The Coast Guard is increasingly reliant on the stellar efforts of counter drug personnel in the face of growing mission demands and limited resourcing.