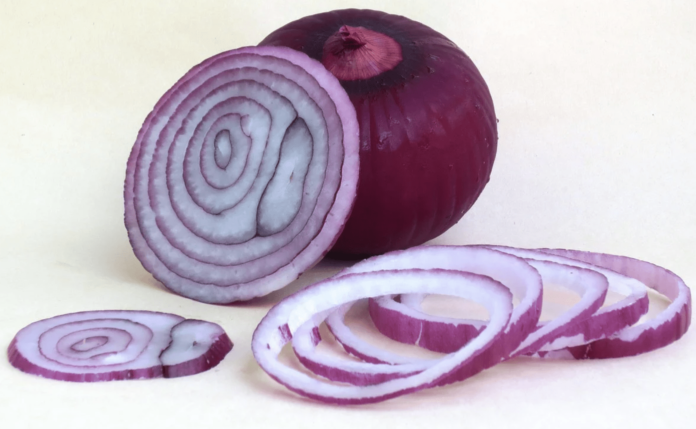 The following quote is attributed to Frank Yiannas, FDA Deputy Commissioner for Food Policy and Response: “The FDA has been working with the CDC, state partners and Canadian officials to investigate the largest Salmonella Newport outbreak in over a decade, which was linked to red onions. The FDA, today, released a 2020 Salmonella Outbreak Linked to Red Onions Report that includes an overview of our investigation findings, including factors that potentially contributed to the Salmonella contamination of red onions.

“Our investigation found the outbreak to be linked to whole red onions supplied by Thomson International, Inc., with farms in Bakersfield and Holtville, California. During the investigation, the FDA identified several plausible opportunities for contamination that may have contributed to the outbreak, including potentially contaminated irrigation water, sheep grazing on adjacent land, signs of animal intrusion including scat (fecal droppings) and large flocks of birds that may spread contamination, as well as packing house cleaning and sanitizing practices.

“Eleven of the environmental subsamples tested positive for various types of Salmonella Newport; however, none matched the outbreak strain. Although a conclusive root cause could not be identified, the FDA’s leading hypothesis is that contaminated irrigation water used in a growing field in Holtville, California may have led to contamination of the onions. Considering these findings, the FDA encourages all produce growers to assess risks that may be posed by adjacent and nearby land uses, especially as it relates to the presence of livestock and the interface between farmland, rangeland, irrigation water, and other agricultural areas.

“Safeguarding the U.S. food supply and helping to ensure that our food is not contaminated at any point during its journey along the supply chain is a critical focus of the FDA’s work. Food safety is a shared responsibility that involves food producers, distributors, manufacturers, retailers, and regulators. The FDA is committed to working with these stakeholders to advance the critical work to reduce the potential for contamination events and ensure the continued safety of our food supply.”