The U.S. system is fundamentally and structurally broken. The challenges U.S. doctors and nurses increasingly face are driving many to opt out of the profession. 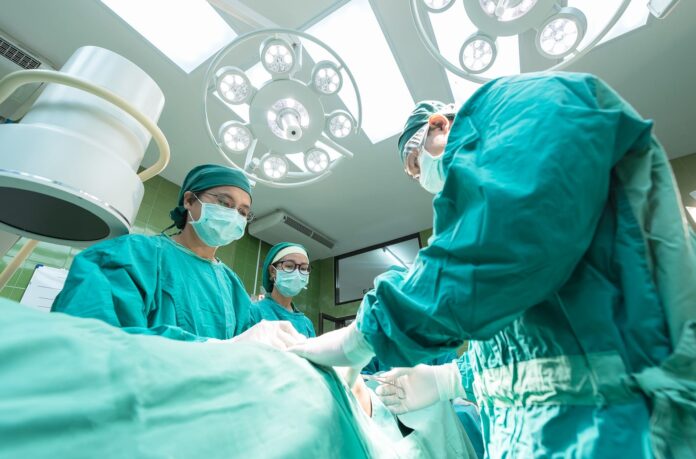 Since 2020, I have documented my experience with healthcare systems, both in the United States (How to Get the Right Diagnosis: 16 Tips for Navigating the Medical System) and in Iceland (October 2021 Analytic Insider article).

Unfortunately, I was hospitalized earlier this month, and while a health crisis is never welcome, it provided an opportunity to apply my expertise once again to healthcare analysis. Having had recent hospital stays in both Iceland and the United States, I decided to assess the extent to which Iceland’s best practices are replicated by the U.S. medical system. My disappointing conclusion is that, in many ways, the U.S. system falls short, mostly for structural reasons.

My observations below are based on anecdotal evidence, but I suspect they reflect common experiences across the country because they are largely structural in nature. The five Icelandic best practices are:

Overspecialization. Over the course of my sojourn in Iceland, I was attended by doctors representing nine specialties, but was impressed by the willingness of these doctors to think outside their area of expertise. The Icelandic doctors said they felt empowered by their system of medicine to consider the broader context of someone’s condition and were free to focus on getting the right diagnosis.

Unfortunately, U.S. doctors are often prevented from thinking outside the “box” of their specialty due to fear of litigation and financial/professional damage.

Key Assumptions. With complex cases, it is important not to discard a hypothesis prematurely. In Iceland, two initial assumptions that made sense turned out to be wrong, and one that appeared implausible turned out to be correct. The team discovered these errors because a culture had been established in which anyone – regardless of rank – could raise questions and challenge expert judgment.

In the United States, complicated health care is put in the hands of specialists who rarely challenge the opinions of other doctors, especially if that doctor represents a different discipline. For example, pulmonologists are reluctant to challenge cardiologists, and infectious disease specialists do not outwardly challenge the recommendations of a rheumatologist. Many even are reluctant to question more senior doctors in their discipline. For legal and administrative reasons, doctors face strong disincentives to question another doctor’s key assumptions or analysis.

Listening. In Iceland, the first question my doctors and nurses asked me was “How are you feeling?” When I mentioned a symptom that did not fit their pattern of what could be wrong, they explored the discrepancy and did not ignore it.

In the United States, almost every doctor and nurse wanted more time to consider inconsistent data but simply lacked the time. I could see them actively managing how much time they could take to listen (often restricted to 10-15 minutes) versus breaking loose from me to work their way through an intimidating case load. My experience with U.S. health care is that healthcare workers are encouraged to increase revenue by processing more cases more quickly.

Multiple Hypotheses. In Iceland, the doctors and nurses worked as a group to generate a list of candidate alternative diagnoses (think of the TV show House). Instead of testing the hypotheses in a serial fashion, they conducted synchronous evaluations. As a result, the diagnostic process was much more efficient.

In the United States hospitals are similarly inclined to consider multiple potential diagnoses but more likely to test each hypothesis sequentially to reduce risk and legal liability. In my experience, out-of-hospital care is almost entirely based on a model of sequential treatment.

Collaboration. What impressed me in Iceland was the robust culture of collaboration demonstrated by everyone associated with my case. On at least three occasions, a panel of doctors, nurses, and even technicians convened to brainstorm diagnoses, decide on the best treatment, and estimate a discharge date. Over 18 days, I was seen by 12 doctors, and the transfer of knowledge was smooth and comprehensive. They managed to collaborate so effectively probably because their system was not driven by the need to optimize revenue generation.

Earlier this month in the United States, I was also treated by a team of 12 doctors, but they had to struggle more to collaborate. Numerous structural obstacles had to be overcome, including difficulties sharing information across various data systems, communicating with and engaging out-of-hospital consultants with in-hospital doctors, and administrative dictates that doctors stay within their procedural lanes.

In sum, my most recent health emergency reinforced my concerns –shared by most of the doctors and nurses I consulted – that the U.S. system is fundamentally and structurally broken. The challenges U.S. doctors and nurses increasingly face are driving many to opt out of the profession. They do not believe the system will be improved; too many are literally counting the days before they can retire. The implications for medical practice of the Supreme Court decision to overturn Roe v. Wade will seriously aggravate this problem.

Learn what you can do as a patient to help overcome these challenges by reading my book, How to Get the Right Diagnosis: 16 Tips for Navigating the Medical System.