MAP: The Second Resurgence of ISIS in Syria and Iraq

The Islamic State of Iraq and al Sham (ISIS) is reconstituting a capable insurgent force in Iraq and Syria despite efforts to prevent its recovery by the U.S. Anti-ISIS Coalition. The U.S. Department of Defense stated in August 2018 that ISIS retains nearly 30,000 fighters across Iraq and Syria and is “more capable” than Al-Qaeda in Iraq – ISIS’s predecessor – at its peak in 2006 – 2007. ISIS is waging an effective campaign to reestablish durable support zones while raising funds and rebuilding command-and-control over its remnant forces.

On its current trajectory, ISIS could regain sufficient strength to mount a renewed insurgency that once again threatens to overmatch local security forces in both Iraq and Syria. The Institute for the Study of War (ISW) is issuing a map update depicting ISIS’s current operating areas based on an analysis of its activity from January 1, 2018 to October 1, 2018. 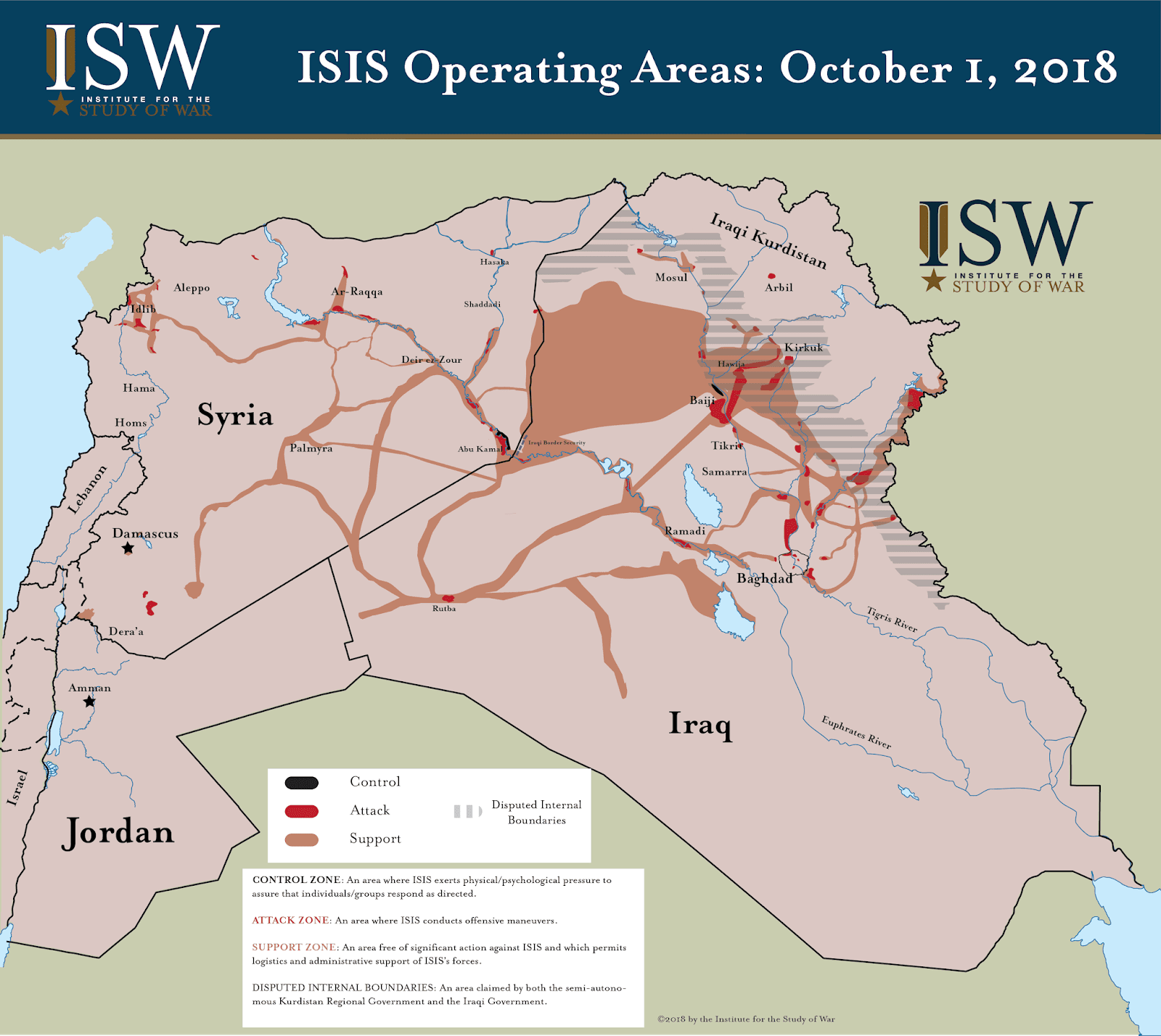 ISIS is finding new sources of revenue and rebuilding command-and-control over its scattered remnant forces in order to prepare for a future large-scale insurgency in both Iraq and Syria.

ISIS was able to smuggle as much as $400 million out of Iraq and reinvest it into legitimate businesses across the wider Middle East. It also continues to engage in lucrative criminal activity including extortion, smuggling, theft, and money laundering. ISW has observed multiple additional indicators of efforts by ISIS to generate additional revenue.

Share
Facebook
Twitter
Linkedin
Email
Previous articleMississippi Lawmaker Pushing Coast Guard Academy to Use Congressional Nominations
Next articleNielsen: Information Sharing on Cyber Threats ‘Stronger Than It Ever Has Been’