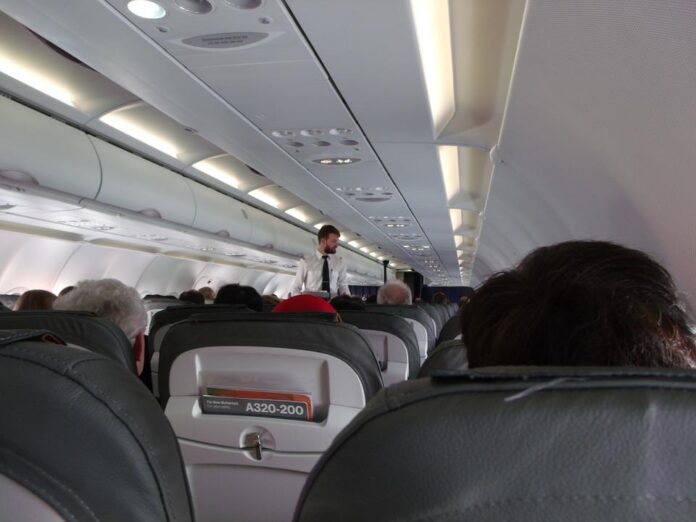 Introduced by Rep. Eric Swalwell (D-CA-15) and Sen. Jack Reed (D-RI), it will implement a list of “abusive passengers” – those who intimidated, threatened or assaulted an aviation worker. Any individual on the list would be prohibited from boarding any commercial aircraft.

The no-fly list would be managed by the Transportation Security Administration (TSA). Transparency and advanced notice will be provided to banned individuals, including guidelines for removal from the ban and opportunities for appeal. The bill would also permanently ban abusive passengers from participating in the TSA Precheck or Customs’ Global Entry programs.

The TWU has been calling for such a Banned Passenger List since the fall of 2021, as assaults against aviation workers have skyrocketed. According to the Federal Aviation Administration (FAA), as of March 28, there have been 1035 unruly passenger reports and 668 mask-related incidents reported, with only 302 investigations initiated and 136 FAA enforcement action cases initiated. The FAA reported a total of 5,981 passenger incidents in 2021, which is a historic increase from previous years.

Despite the severity and frequency of these events, not a single passenger who has assaulted a ground service worker has been prosecuted under federal law. This bill therefore has the potential to be a game changer. If enacted, the TSA would develop a publicly available website listing details of the bill, and the new policies and procedures that would ensue from it.

“Our members have had to deal with this violent, full moon atmosphere for far too long. The TWU strongly believes this Banned Passenger List will ease some of the pain our members are experiencing and make our skies safer,” said TWU International President John Samuelsen. “I’d like to thank Rep. Swalwell, Se. Reed and Rep. Fitzpatrick for introducing this very important piece of legislation.”

“It’s about time we take real action to keep Flight Attendants and passengers safe in the air,” said Sara Nelson, Association of Flight Attendants International President . “Senator Reed and Representative Swalwell are heroes for introducing the legislation to protect Flight Attendants and Passenger Service Agents. Since late 2020, the number of incidents of disruptive passengers have exploded. The Federal Aviation Administration, Transportation Security Administration, and Department of Justice have worked to combat this rise. But more needs to be done. Right now, a passenger can be fined or convicted, and may be banned on an individual airline – but that does not prevent this violent offender from flying another airline. This bill would change that. It’s really just a handful of bad actors who need to be grounded and face consequences for their violent actions.”

Read the full text of the bill at Congress