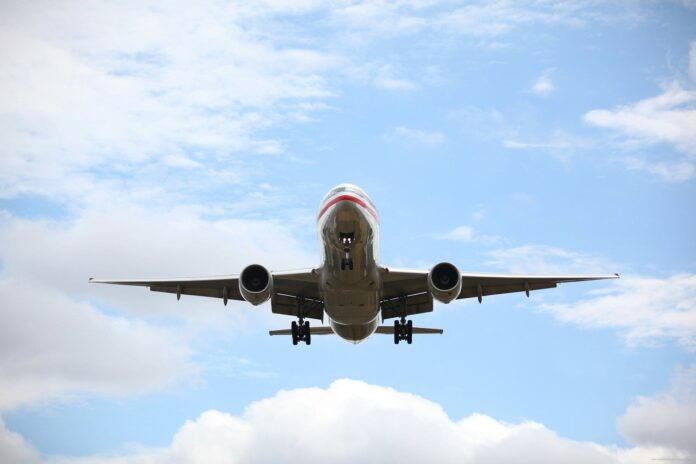 The U.S. initially announced that three airports would be screening passengers arriving from Wuhan in Hubei province – the region where the outbreak has claimed more than 40 lives and infected more than 1000. Entry screening for passengers traveling from or via Wuhan to San Francisco, New York-JFK, and Los Angeles airports began on January 17. On January 21, the Centers for Disease Control and Prevention (CDC) announced that it will expand screening of passengers arriving from Wuhan, to two more U.S. airports: Atlanta’s Hartsfield-Jackson International and Chicago’s O’Hare International Airport.

So far two cases have been confirmed in the U.S. and CDC predicts more will be seen.

In order to manage the screenings and contain the spread of the virus, all travelers flying between Wuhan and the United States will be rerouted through one of the five airports with screenings if they aren’t already scheduled to fly there.

Thailand’s Department of Disease Control has been implementing its surveillance protocol by fever screening of travelers from all direct flights from Wuhan to the Suvarnabhumi, Don Mueang, Chiang Mai, Phuket and Krabi airports, with the screening protocol starting at Krabi Airport on January 17.

Japan, which has had one confirmed case of Novel Coronavirus to date, said it has been screening passengers at all Japanese airports for respiratory issues since January 7. South Korea’s only airport to receive passengers from Wuhan, Incheon International Airport, is operating two special gates for passengers arriving from Wuhan where official check travelers’ temperatures.

Meanwhile, air travelers arriving from China at seven airports in India will be screened for the virus. Passengers arriving at Bengaluru, Chennai, Cochin, Delhi, Hyderabad, Mumbai, and Kolkata airports will undergo thermal screening. Additionally, passengers experiencing acute onset of fever, cough and shortness of breath have been directed to report to the health units at the airport.

On January 22, the U.K. Department of Health announced that it will be taking a “series of precautionary measures” for flights arriving from Wuhan to London Heathrow airport. These measures include the aircraft landing in an isolated area of the airport where it will be met by a health team. Public Health England said on January 24 that it is “highly likely” the U.K. will see cases of Novel Coronavirus. An incident team has been established in Scotland where a small number of people are being tested for the virus and a man who recently returned from Wuhan is being treated for respiratory illness. There are as yet no confirmed cases in the U.K.

In the country of origin, China has installed 35 infrared thermometers at airports, railway stations, long-distance bus stations, and ferry terminals. Authorities initially advised against travel into and out of Wuhan, and on January 23 it was announced that all flights, trains and other public transport out of Wuhan would be suspended. Similar measures will take effect in the nearby city of Huanggang and other areas.

It is not yet clear how long these suspensions will last, but millions of people are preparing to travel around the country for the upcoming Lunar New Year this coming weekend. It is likely that airports around the world that have introduced additional screening measures for flights from Wuhan, will retain these measures for some time after the suspension has lifted and even keep them in place as a precaution for screening passengers from other airports. In would be prudent for all airports who focused on screening arrivals from Wuhan to broaden the process to flights from other affected areas.

Entry screening is part of a layered approach used with other public health measures already in place to detect arriving travelers who are sick to slow and reduce the spread of any disease. Methods include thermal imaging, taking temperatures, and requiring passengers to fill out a questionnaire that asks about symptoms. Passengers may be quarantined in special areas at the airport or close by should their health pose a concern to the public. There is currently no global standard for disease screening at airports.

A woman has been posting on social media, claiming that she travelled from Wuhan before flights were stopped with symptoms of Novel Coronavirus, but managed to pass through the thermal imaging screening by taking medication to lower her temperature. She is now on vacation in France and her social media claims have been referred to the Chinese embassy in Paris. Three cases have been confirmed in France as of January 25.

The World Health Organization is not currently recommending any specific health measures for travelers and considers entry screening to offer “little benefit while requiring considerable resources”. Instead it urges anyone with respiratory symptoms to seek medical advice before they travel.

The concern with the present outbreak is that while countries focus on flights from Wuhan, the virus is potentially spreading further across China. Several cases have already been confirmed in the Guangdong province, for example, which has three international airports.

CDC describes coronaviruses are a large family of viruses, some causing illness in people and others that circulate among animals. Rarely, animal coronaviruses can evolve and infect people and then spread between people such as has been seen with MERS and SARS. Past MERS and SARS outbreaks have been complex, requiring comprehensive public health responses.

Initially, many of the patients in the outbreak in Wuhan, China reportedly had some link to a large seafood and animal market, suggesting animal-to-person spread. However, CDC has confirmed that a growing number of patients reportedly have not had exposure to animal markets, suggesting limited person-to-person spread is occurring, though it’s unclear how easily or sustainably this virus is spreading between people. Chinese Health Authorities have reported two suspected cases of human-to-human transmission.

A meeting hosted by the World Health Organization assessed the severity of the outbreak and determined that while it is a national emergency for China, it is not yet to be classified as a global health emergency. This may alter as more information becomes available.

Work on a vaccine is underway as there is currently no vaccine for this particular strain of coronavirus. The National Institutes of Allergy and Infectious Diseases, which is developing a vaccine, says it would take months for it to advance into clinical trials and more than a year until it is available. Another team of scientists from the U.S. and China are also working on a vaccine, and the University of Saskatchewan in Canada has requested to work on the virus in order to develop a vaccine, according to Canadian media reports.

This story was updated on January 25 to reflect the rising death toll and spread to other countries.