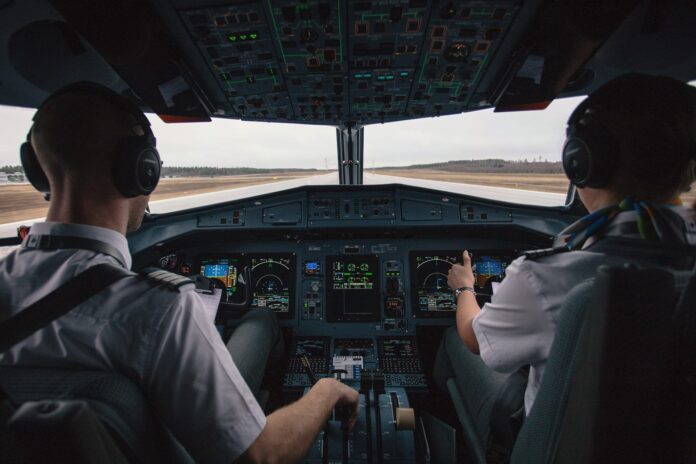 The U.S. Department of Transportation’s Federal Aviation Administration (FAA) has proposed requiring a second barrier to the flight deck on certain commercial airplanes. The additional barrier would protect flight decks from intrusion when the flight deck door is open.

“Flight crews keep us safe when we travel to visit loved ones, explore new places and conduct business. They, too, deserve to be protected, and this rulemaking is an important step forward,” U.S. Transportation Sec. Pete Buttigieg said.

The proposed rule requires aircraft manufacturers to install a second physical barrier on airplanes produced after the rule goes into effect and used in commercial passenger service in the United States.

Last year, the Biden-Harris Administration put the secondary flight deck barrier on its priority rulemaking list. During 2019 and 2020, the FAA worked with aircraft manufacturers, labor partners and others to gather recommendations that are included in today’s proposal. The Administrative Procedures Act requires FAA to follow the full rule-making process for this mandate that Congress included in the 2018 FAA Reauthorization Act.

In September 2021, The Air Line Pilots Association, International (ALPA), the world’s largest non-governmental aviation safety organization that represents 60,000 pilots at 36 U.S. and Canadian airlines, renewed their call for federal regulators to issue a final secondary flight deck barrier regulation which had been mandated by Congress nearly three years prior.

At the time, ALPA also called on Congress to immediately pass legislation that requires primary, hardened flight deck doors on all cargo aircraft.These planes, which frequently carry non-airline personnel who often have not cleared the same security checks as individuals on passenger airlines, fly in the same airspace, to the same airports, and present the same risks as passenger aircraft. However, some have no flight deck door at all. A bipartisan bill to close this gap was introduced in Congress in July, 2021.

However, in 2015 a Germanwings co-pilot deliberately downed an aircraft into the French Alps after locking himself into the cockpit when he was left alone, killing all passengers and crew members on the flight from Barcelona. An investigation found that the reinforced structure of the cockpit doors, designed for security reasons to resist penetration, could not be broken from outside to enable somebody to enter before the aircraft crashed.

“I am pleased that the FAA has finally taken the first step toward addressing this vulnerability after years of delay—delays caused by airline opposition and that have resulted in thousands of planes coming into service since 2001 without this critical security enhancement,” said ALPA president Capt. Joe DePete. “I appreciate the work of Acting Administrator Billy Nolen to move this out of the bureaucratic blackhole it has been stuck in for far too long. And while the pilots I am proud to represent would have preferred that this rule went into effect immediately, they certainly will appreciate that progress is being made.

“Now that we are finally addressing the installation of secondary barriers on newly manufactured passenger aircraft, we must turn our attention to passing legislation to require that existing fleets be retrofitted. I urge Congress to pass the Saracini Enhanced Aviation Safety Act (H.R. 911/S. 911) because ensuring that no terrorist—domestic or international—breaches another aircraft flight deck door again should be one of this nation’s highest security priorities.”

The public has 60 days to comment on the proposed rule once it is published in the Federal Register. The FAA will publish a final rule after the comment period closes.