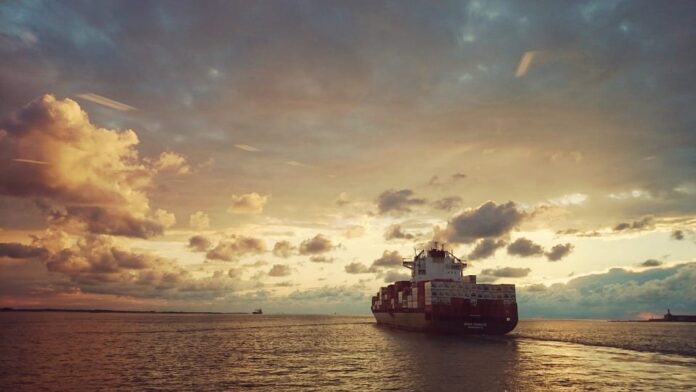 The number of ship’s crewmembers being kidnapped in the Gulf of Guinea increased by more than 50% in 2019 and this year has begun with a further escalation of violence, armed robbery and kidnaping. The crisis is deepening – pirates are bolder and taking greater number of hostages.

But it is not just the statistics that are concerning. The level of violence is also increasing, and deaths have occurred both during attacks and during captivity of seafarers and military personnel. On December 15, 20 crewmembers were kidnapped from the oil and chemical tanker MT Duke with one of those crewmembers, an Indian able seaman, dying in captivity .

Last year, over 90% of globally reported kidnappings at sea took place in the Gulf of Guinea, and the vast majority of attacks are launched on shipping from within Nigerian territorial waters. The attacks are often conducted by criminal groups whose infrastructure is based in the Niger Delta region. Here, the groups have a large number of camps and members in remote areas where hostages are held during negotiation.

Nigeria has already taken some steps to improve its maritime security, such as with the Deep Blue Project.

In August 2019, the Nigerian Maritime Administration and Safety Agency (NIMASA) opened the Deep Blue Project’s Command, Control, Computer Communication and Information Center at Kirikiri, Lagos. The center operates 24 hours a day and is where tactical and strategic decisions for the operational workflow of all the platforms of the project will emanate from. It is equipped with alert setting capabilities, Coastal Automatic Identification System (AIS) and SAT AIS signals. The project will also liaise with international security networks.

The International Chamber of Shipping (ICS) has welcomed NIMASA’s efforts in 2019 but says now is the time to see real results in terms of action at sea and in the capture and prosecution of pirates. It also wants to see support for the project and other measures intended to target maritime piracy in the area.

“The International Community must respond to this threat to the lives and wellbeing of seafarers by supporting Nigeria in bringing a swift resolution to this intolerable situation. Practical and effective assistance should be provided to coastal States to improve their Maritime Security in a meaningful way, and Naval assets in the region need to be prepared to respond to piracy incidents,” the ICS said in a statement this February.

Speaking after the ICS Board meeting held in London on February 5, Esben Poulsson, Chairman of the International Chamber of Shipping said: “Our absolute priority will always be the safety and welfare of the crew. We stand ready and willing to work in close partnership with the government of Nigeria, and the international community to protect ships and their crews as they go about their legitimate business.

“Seafarers have the right to operate free from the fear of kidnap or capture. But improved security in the Gulf of Guinea will also boost Nigerian industry. There is an opportunity to pursue win-win cooperation.

“We welcome efforts of the Nigerian Navy to respond to reported incidents of piracy by dispatching patrol boats. However, the spike in incidents indicates in 2019 and this year has shown just how far away we are from solving this endemic issue.

“The declining rate of piracy incidents elsewhere reinforces the importance of communication and coordination between vessels and authorities. The more information national governments and relevant authorities have on piracy trends, the stronger piracy prevention efforts will be.”

“The shipping industry is ready and willing to work with all parties to bring an end to this endemic blight to free trade.”

The European Community Shipowners’ Association (ECSA) has added its voice to the argument and hopes the European Union will step in to take urgent action.

“This situation in the Gulf of Guinea poses a serious and immediate threat to the safety and security of seafarers, vessels and goods. The European shipping industry calls for the EU and its member states to take concrete action, as the circumstances are becoming dire. The EU should put maritime security high on the agenda of partnership and trade agreements, as well as other forms of cooperation with African partners in the region,” continued Dorsman.

The EU has previously shown leadership in being a frontrunner in addressing piracy, such as through Operation Atalanta in the Horn of Africa. This operation successfully led to the decrease of attacks in the region. With the mandate due renewal, it is vital that the EU stays committed to this operation and a refocus on the Gulf of Guinea could give NIMASA the boost it needs to reverse what has become a concerning trend.

The support is there, but fast action and better coordination is needed between the key parties in order to prevent a unified front against piracy in the region. While shipping organizations and governments are focused on securing crew members, goods, and infrastructure at sea, attention must also be given to the criminal network on land before we see another success in the same vein as the counter-piracy effort in the Horn of Africa.