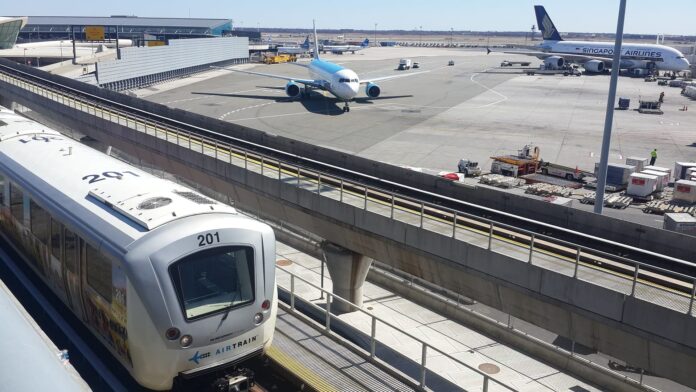 As the man’s carry-on bag was being screened at the checkpoint, TSA officers spotted the gun on the X-ray machine’s monitor and called for the man to step aside, at which time he fled. Port Authority Police were alerted and determined that the man ran out of the terminal and jumped into a taxi. Police confiscated the man’s carry-on bag with the gun.

Officials have the identity of the man because when he fled, he left behind his small pull-handle carry-on bag, a duffle bag, his shoes, a vest, some cash, his New York State learner’s permit, his passport and his boarding pass.

A resident of Brooklyn, New York, the man was ticketed to fly to Atlanta with several companions. Officials interviewed the man’s traveling companions before allowing them to catch their flight.

“Fleeing the checkpoint does this man no good,” said John Bambury, TSA’s Federal Security Director for the airport. “It was foolish of him to run. We know who he is and he now faces a stiff financial federal civil penalty.”

A typical first offense for carrying a loaded handgun into a TSA checkpoint is $4,100. The penalty can go as high as $13,000, depending on mitigating circumstances and this individual did not cooperate with authorities when he was caught with a gun. Civil penalties for weapons brought to the airport applies to travelers with or without concealed gun carry permits because even though an individual may have a concealed carry permit, it does not allow for a firearm to be carried onto an airplane. If that traveler is a TSA PreCheck® member, that person will lose TSA PreCheck status for a period of time.

Nationwide last year, 4,432 firearms were discovered in carry-on bags at checkpoints across the country, averaging about 12.1 firearms per day, approximately a 5% increase nationally in firearm discoveries from the total of 4,239 detected in 2018. Eighty-seven percent of firearms detected at checkpoints last year were loaded.

Passengers are permitted to travel with firearms in checked baggage if they are properly packaged and declared. Firearms must be unloaded, packed in a hard-sided case, locked, and packed separately from ammunition. The case must be taken to the airline check-in counter to declare the gun. It will then be placed in the belly of the airplane for transport.

TSA has details on how to properly travel with a firearm posted on its website. Firearm possession laws vary by state and locality and travelers should check with the localities that they are flying to and from before traveling with a gun. Additionally, passengers should contact their airline as they may have additional requirements for traveling with firearms and ammunition.