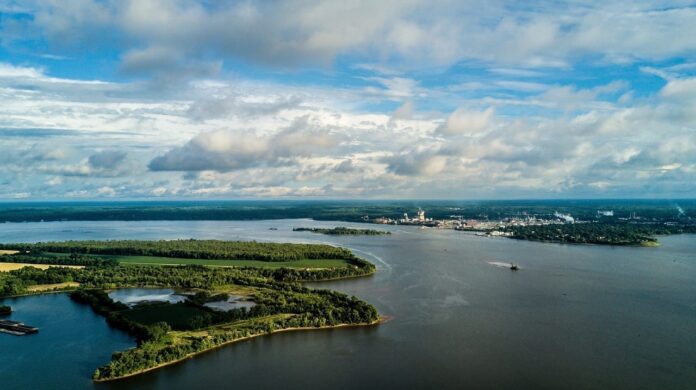 Today, the U.S. Department of Transportation’s Maritime Administration (MARAD) announced $6,790,000 in grants to three Marine Highway projects.  The funding, provided by MARAD’s Marine Highway Program, will go towards enhancing existing services in Louisiana and Virginia as well as supporting the development of a new project in New York.

“These grants will expand the use of our country’s waterways, which are essential to our economic growth and vitality,” said U.S. Secretary of Transportation Elaine L. Chao.

MARAD’s Marine Highway Program supports the increased use of the nation’s navigable waterways in order to relieve landside congestion, provides new and efficient transportation options, and increases the productivity of the surface transportation system.  The program works with public and private stakeholders to achieve these goals.

“America’s Marine Highway Program is dedicated to expanding freight movement on the water and this round of grant funding will go a long way towards ensuring that our nation’s waterways continue to be utilized as effectively as possible,” said Maritime Administrator Mark H. Buzby.

Harbor Harvest Long Island Sound Service (awarded $1,812,285)
Sponsored by the Connecticut Port Authority, the grant will assist with the development of the Harbor Harvest “Farm-to-Harbor-to-Market” service. The goal of the service is to provide a viable source of waterborne transportation for Connecticut and Long Island farmers and manufacturers by connecting neighboring communities in addition to creating produce markets in both Connecticut and New York. The service will support a more sustainable and marketable transportation option, drastically reducing highway congestion while moving commodities from more than 3,000 farms. In addition to expanding the use of Jones Act-supported vessels in the region, the project will also reduce shipping costs and increase economic opportunities.

Baton Rouge – New Orleans Shuttle on the M-55 (awarded $3,155,622)
Sponsored by the Port of New Orleans, the grant funds will support the Ports of Baton Rouge and New Orleans Container on Barge Service, allowing them to purchase purpose-built vessels that will increase the viability of the service. As Louisiana’s chemical industry continues to grow, the demand for more inland transportation has increased; the barges are essential to increasing the capacity of the shuttle, intermodal efficiency and reducing costs. The existing container on barge service currently moves approximately 16,800 FEUs between Memphis/Baton Rouge and New Orleans, operating twice weekly to deliver export cargo that will be loaded on deep-draft container ships.

James River Expansion Project on the M-64 (awarded $1,822,093)
Sponsored by James River Barge Lines, the grant funds would be used for the construction of a third barge to expand the existing service in order to accommodate an estimated 27% annual growth on the M-64 corridor. Since its inception in 2008, the 64-Express barge service has seen substantial year-over-year cargo growth, transporting a total of 27,626 containers in fiscal year 2018, an increase of 23% from fiscal year 2017.The addition of a third barge would capitalize on previous Marine Highway Program investments by increasing the number of weekly trips to seven days and carrying an average of 170 containers per trip.