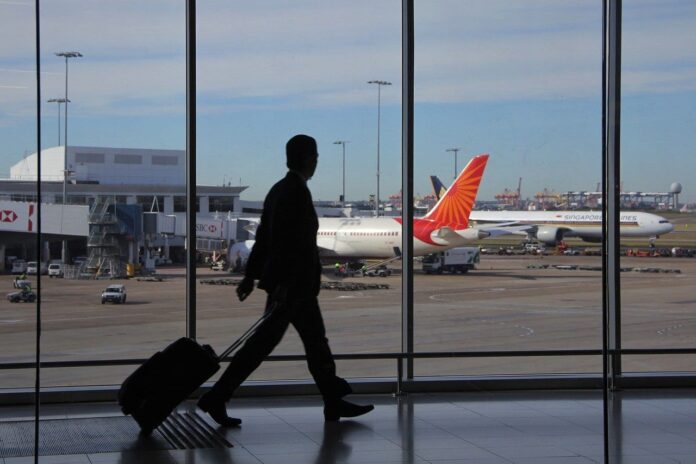 The notion that any one person or group of individuals could successfully carry out an attack resulting in the consequences surrounding the events of September 11, 2001, was inconceivable to most Americans. It was a time when nobody found it suspicious a flight student would want to learn how to fly a plane but had no interest in learning how to land one. With only a half-million-dollar investment and 20 recruits, al-Qaeda promoted an ideology that changed the world, ultimately costing trillions of dollars and countless lives. The fateful events on that day left no doubt threats to the air transportation system need to be taken seriously and a failure of imagination isn’t something we should suffer from ever again.

While the desire to attack the commercial aviation system by terrorists has remained constant the methods terrorists have utilized since 9/11 have evolved. Explosive shoes, explosive underwear, liquid explosives, we deal with an evolving adversary and as the methods for carrying out terror attacks against transportation have evolved so must our ability to conceptualize and prepare for tomorrow’s threat. Edition 3 of al-Qaeda in the Arabian Peninsula’s Inspire magazine acknowledged the printer-toner bomb plot was dedicated to “Operation Hemorrhage,” a plan intended to cripple the U.S. and European economies by solely targeting the aviation shipping industry. After a small investment of $4,200, three months of planning and only six participants the plot had significant consequences despite the fact there were no explosives successfully detonated. While the attack ultimately failed, AQAP deemed the foiled plot successful because it created public fear and aviation instability which cost tens of billions of dollars in system disruption, it required new security procedures and equipment to be implemented, and the event adversely affected just-in-time inventories around the world.

As efforts to eradicate terrorism have intensified by governments worldwide so has the gathering and assessment of intelligence. It is for these reasons bad actors have a much more limited opportunity to plan and execute a successful terror attack. Conceptual learning shows trends toward a smaller footprint, using fewer operatives, combined with a limited monetary investment, resulting in significant economic impact. And never the same method twice. While the threat of using an explosive to bring down a commercial airliner is never going to be off the table there are other factors on the horizon that would meet all of the conceptual requirements.

Throughout history both dictators and despots have used chemical weapons to inflict mass public casualties and one of the most prolific examples of a domestic terror attack took place in a subway system in Tokyo, Japan, in 1995. During this attack a religious cult released five separate containers of sarin gas on three lines of the Tokyo Metro Subway. To effectively carry out the release of a deadly chemical agent requires a certain degree of pre-operational planning to determine the best place and the best time to carry out an attack, all of which carries the risk of exposure and discovery.

Doing something similar in the commercial aviation domain has a reasonable chance of success but planning such an attack comes with its own share of risk. A significant downside of using a chemical weapon is that most chemical compounds dissipate without an effective dispersal method, so an exposure in the commercial aviation community would likely be an isolated event. While the Tokyo sarin attack had the benefit of an artificial vacuum created by rail traffic from subway tunnels to disperse the toxin, the event only resulted in the deaths of fewer than 50 people.

The effectiveness of using a biological weapon to inflict mass casualties is undetermined and it hasn’t been used by governments or dictators for a very good reason: because once released it is uncontrollable and there’s nothing stopping it from killing your own people. This is why biological weapons are referred to as The Poor Man’s Nuke. The commercial aviation transportation system connects the world to everything and the concept of weaponizing a biological agent such as the Ebola virus or some other engineered virus and then using the aviation system to spread it could be done without ever boarding an aircraft or even setting foot on foreign soil. An intentional exposure to Ebola is far from complicated and it would only take a single person infected with the Ebola virus to book a flight from an international airport, and a person infected with a biological weapon is invisible to security and detection technology.

Once through security this patient zero would have free run of an airport and could visit the gate area of every international air carrier traveling not only to the United States but to every country in Europe. The Ebola virus on dry surfaces can last several hours and perpetrators using nothing more than their own saliva and mucus could contaminate the armrests of hundreds of chairs and every vending machine at an airport, infecting passengers and thereby weaponizing hundreds of commercial aircraft without ever physically boarding a flight. The idea of containment is a nightmare and establishing a contact-tracing cycle for something of this magnitude would be nearly impossible due to the lengthy incubation period of the virus. In a single day, one person could infect tens of thousands of people and the situation would become a pandemic overnight.

Turning commercial aircraft into weapons of mass destruction remains a continuing threat and while the idea of using the aviation transportation system to introduce and spread a biological weapon may seem far-fetched, it is far less ambitious than sending 20 foreign operatives abroad to attend flight training and hijack planes. Lest we forget it was the failure of imagination that opened Pandora’s Box in the first place.

Jay Brainard
Jay Brainard is an aviation security expert with a 25 years of experience spanning across incident management, law enforcement, and homeland security. Mr. Brainard is a currently a federal security director for TSA and president of crisis management incorporated.