Transnational criminal gangs are exploiting the increasingly interconnected air transport system to traffic wildlife and the illicit activity has become an international crisis that threatens security, undermines laws, and may lead to the spread of viruses. 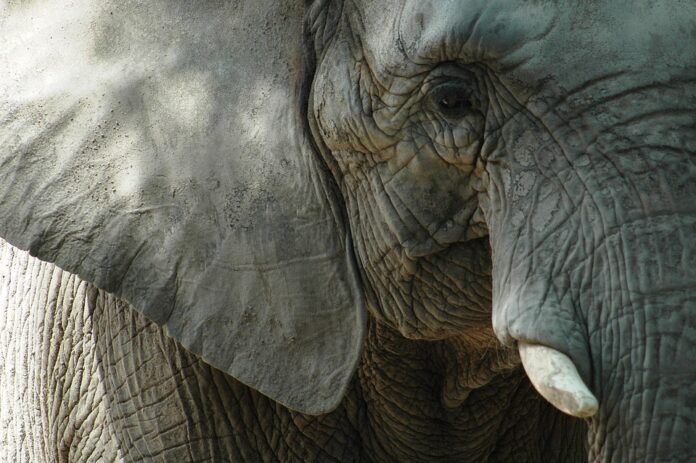 The Office of Inspector General (OIG) has called for the Department of Homeland Security to establish adequate controls for overseeing efforts to combat wildlife trafficking, following a review.

The illegal and unlicensed importation and exportation of endangered and protected animals and plants, referred to as wildlife trafficking, is estimated to be valued at as much as $23 billion annually. Transnational criminal gangs are exploiting the increasingly interconnected air transport system to traffic wildlife and the illicit activity has become an international crisis that threatens security, undermines laws, and may lead to the spread of viruses. Studies have found that between 60% and 75% of emerging infectious diseases come from animals, and that nearly three quarters of those are from wild animals. When exposed to the stressors that are commonly found in the wildlife trade, the chance of spillover increases. Connections between wildlife traffickers and transnational criminal organizations involved in the illegal trafficking of humans, narcotics, or weapons can further harm the United States.

OIG encountered immediate challenges as it began its audit and, in an absence of performance measures for combating wildlife trafficking, as well as limited data from U.S. Customs and Border Protection (CBP) and U.S. Immigration and Customs Enforcement (ICE), the watchdog has reported its initial findings for immediate action rather than expanding the audit work at this time.

DHS could not provide OIG with performance measures and provided only limited data to demonstrate the full extent or effectiveness of its efforts to enforce wildlife trafficking laws. OIG found that CBP personnel inconsistently recorded data on wildlife encounters, and could therefore not use the data to identify trends. The review found that the database CBP uses to track seizures did not have a specific wildlife trafficking identifier. In some cases, officers seized items, turned them over to an investigating law enforcement agency, such as the U.S. Fish and Wildlife Service, and did not document the seizure at all. In addition, ICE Homeland Security Investigations (HSI) special agents did not always completely or accurately record actions and data related to wildlife trafficking. CBP personnel also did not always demonstrate that they involved HSI special agents when suspecting wildlife trafficking crimes.

It is also worth noting that although CBP performance measures in the annual congressional budget justifications from FY 2018 through FY 2021 evaluate success ensuring land and air passengers comply with all Federal regulations, CBP personnel could not provide specific and comprehensive measures related to wildlife trafficking.

Crucially, DHS has not established performance goals to measure the results of its related efforts.

Beginning in FY 2015, Congress noted increases in the illegal wildlife trade and directed DHS to outline steps to further address wildlife trafficking, including what resources it was aligning to wildlife trafficking activities and initiatives. In response to the congressional concerns, the Department provided annual reports from FY 2016 through FY 2020, highlighting some successful accomplishments. However, the reports did not provide comprehensive metrics demonstrating the results of its efforts in this area.

Unsurprisingly, OIG has criticized DHS, CBP, and ICE for not providing adequate oversight, including clear and comprehensive policies and procedures, of wildlife trafficking efforts. The watchdog says DHS may be missing opportunities to disrupt the trafficking of wildlife and identify transnational criminal organizations that use the same networks for other illicit trafficking, such as narcotics, humans, and weapons. The Department may also be missing opportunities to curtail the spread of zoonotic viruses.

As well as being a major consideration for transportation and border security, not to mention the wider health, criminal and financing implications, wildlife trafficking must also be a focus for cybersecurity agencies and organizations. A recent International Fund for Animal Welfare (IFAW) report, Digital Markets: Wildlife Trafficking Hidden in Plain Sight, focused on the online trade in protected wildlife species via a six-week investigation into 34 popular, U.S.-based online marketplaces.

During the investigation, IFAW investigators found nearly 1,200 advertisements for almost 2,400 animals, parts, derivatives, or products of protected species. The three most common types of advertisements were for elephant ivory (44%) taxidermy and trophies (27%) and live animals sold as exotic pets (19%).

“The U.S. government should include wildlife trafficking in internet policy reforms, along with other serious crimes, and work to close loopholes in existing policy,” said Campaigns Officer Mark Hofberg. “In addition, Congress should grant enforcement entities the funding, capacity, and authority to enforce wildlife laws. Finally, the U.S. government should develop whistleblower programs to encourage and incentivize the reporting of online wildlife trafficking by private citizens and government employees.”

Hofberg called for online marketplaces to adopt clear, comprehensive, and enforceable wildlife trade policies that ensure their platforms do not contribute to wildlife trafficking. “Additionally, platforms should educate their users on wildlife trafficking and provide mechanisms to report wildlife policy violations. They should also invest in their monitoring personnel with consistent training and technology solutions such as machine learning. Finally, marketplaces should look to collaborate with non-government organizations, governments, and other platforms to share and implement best practices.”