PERSPECTIVE: How Shortage of Pilots and Screeners Presents a National Security Threat

As lone wolves become an increasingly prevalent threat to the U.S., they may recognize the security vulnerability in the long lines at TSA gates. 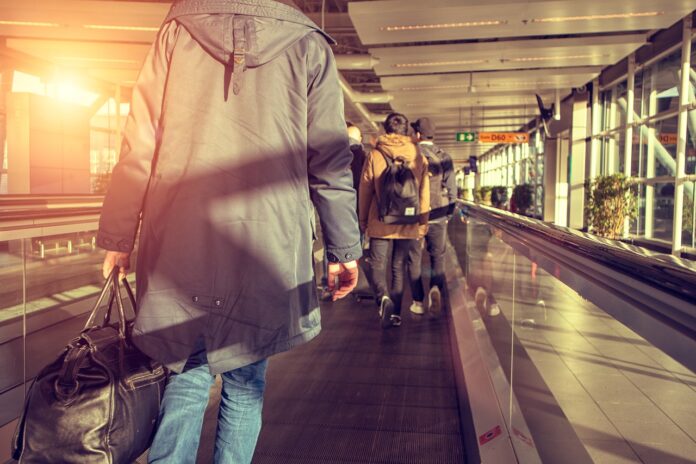 The ongoing pilot and TSA screener shortage doesn’t just affect Americans’ ability to use post-pandemic travel rules to retreat to their favorite vacation spot — it makes them more vulnerable to potential terrorist attacks. Moreover, it severely limits the ability of the federal government to plan a response to terrorist attacks and limits its operational capacity in planning, preparation, and reaction to events worldwide.

Despite what is portrayed in the CBS show Criminal Minds, the federal government cannot provide private airliners to all of its employees and law enforcement agents when a crisis strikes the nation. Federal agents and even the U.S. military are more dependent than ever on commercial airline flights to get to their destination. That means with fewer pilots and flights available, the operational capacity of these agents is diminished.

Think about how frustrated you are with delays in getting to your vacation spot. Then try to imagine federal law enforcement losing valuable time responding to terror attacks and other catastrophes and emergencies. Every minute lost is valuable time that could be used investigating and analyzing evidence, leading to delays in apprehending perpetrators of significant attacks or, worse, allowing them to get away. We can’t let that happen, especially in the Department of Defense. DoD must maintain its ability to react swiftly to events worldwide, from support to Ukraine to strategic deterrence in the Middle East. That’s what brought experts together for important discussions at the Special Operations Forces Industry Conference in Tampa in May. The conference brought into sharper focus the fact that the federal government’s pressing flight needs could become a stressor on the U.S. military’s Civil Reserve Air Fleet. The Civil Reserve Air Fleet allows DoD to use planes from civilian airliners to assist in airlift operations when their own resources are overstretched.

With fewer pilots available, there is a chance that resources of the Defense Department will be stretched too thin to meet all the needs of U.S. national security. Since the Civil Reserve Air Fleet program was instituted in 1951, DoD has only used it three times, all since the first Gulf War. The most recent activation was just last year during the evacuations from Afghanistan. Imagine how tragic those evacuations would have been if they had been handicapped by the current pilot shortage.

The pilot and TSA screener shortage doesn’t just limit the federal government’s capabilities, it also makes the average American more vulnerable to terrorist attacks. After the September 11 attacks, protecting travelers has become one of the highest priorities of the U.S. counterterrorism strategy, leading to many changes that have made air travel safer for everyone. However, some of those changes have contributed to long lines at airport security gates. Ironically, the crowded security gates are as tempting a terrorist target as the planes themselves. In 2016, our NATO allies saw this firsthand when several bombs were detonated by the Islamic State at the main terminal of airports in Turkey and Brussels. Both attacks were devastating and showcased how vulnerable people are when waiting to go through a process designed to make sure attacks don’t happen on the planes themselves. A RAND Corp. study concluded that the magnitude of a bomb’s explosion isn’t as much of a factor in maximizing casualties as its location among soft targets in crowded spaces. Location, location, location — that’s the new mantra in understanding and thwarting terrorists.

The current shortage of pilots and Transportation Security Administration (TSA) agents has only exacerbated this problem, with travelers in Austin, Texas, recently reporting lines headed toward the security gates lasting two to three hours. Normally, this would not be an issue since smaller regional airports have helped to filter passengers through to larger airports. However, the pilot shortage has led airlines to poach many regional pilots, thereby severely limiting the capacity of regional airports to host these connecting flights. Although this has primarily resulted in missed flights and races to the flight gates, the terrorism landscape in the U.S. has changed dramatically. Instead of organizations with a rigid command structure, there are now loosely affiliated groups with lone wolves who act of their own accord. This makes lone-wolf terrorists incredibly difficult to investigate and effectively counter. As lone wolves become an increasingly prevalent threat to the U.S., they may recognize the security vulnerability in the long lines at TSA gates. The crowds outside the gates make a tempting target since an improvised explosive device (IED) can be easily hidden in a luggage or carry-on item and detonated when a lone wolf believes that they can maximize casualties.

But the pilot shortage isn’t the only factor contributing to the long lines at the larger hub airports. Another is the challenge the TSA has in the recruitment and retention of personnel to staff the security gates. It is yet another shortage that can contribute to both inconvenience to passengers and the kind of vulnerability that terrorists exploited in Europe in 2016.

While the demand for pilots by airline companies will likely not be satisfied for decades, the Department of Homeland Security (DHS) and the TSA can prevent the security gates from becoming soft targets by expanding their security ecosystem. Airports from Philadelphia to Austin have seen demonstrably long lines due to staffing shortages from TSA agents, and with the number of travelers increasingly inching toward pre-pandemic levels these long lines could become an attractive soft target. The DHS, as a part of its soft-target and crowded places security plan, emphasized how partnering with state, local, and private entities can mitigate threats to soft targets like the crowded lines at the TSA gates. These partnerships can reduce the overcrowded lines by allowing smaller regional airports and other off-site locations to process travelers at major airports and securely transport them over.