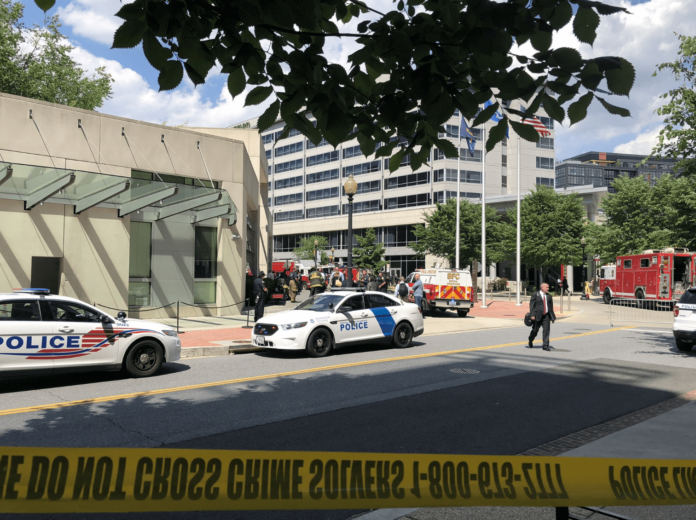 The Washington headquarters of the Bureau of Alcohol, Tobacco, Firearms and Explosives was evacuated today after an employee encountered a “suspicious liquid.”

The ATF is located at 99 New York Ave. NW, which is north of Union Station.

The substance, which was found in an envelope, tested “clear” on site by a hazmat team and was sent to a lab for further analysis, the ATF tweeted.

It has been determined that an employee opened an envelope w/ a suspicious liquid substance & Hazmat is responding accordingly. pic.twitter.com/xUsdBzQWXg