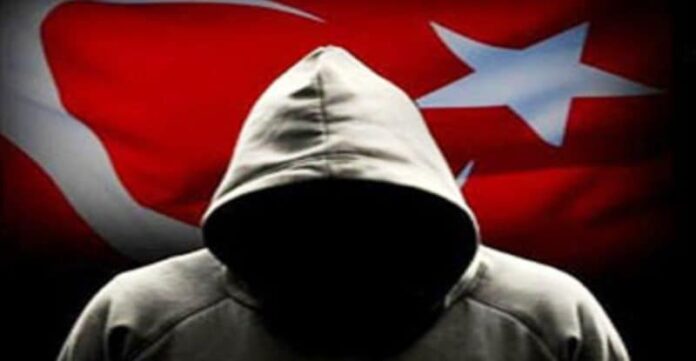 It’s far from the first time Ayyildiz Tim, founded in 2002, has wreaked havoc online. In 2013, the hacking group defaced the website of the United Nations team in Ethiopia with al-Qaeda imagery. The group is known for mingling jihadist and secular Turkish content in the material they leave on hacked pages.

“Whoever has bad ideas about our religion and our country including internet websites we will fight with them, All Turkish origins from all over the world we are together, we don’t afraid anyone we will give answers, whoever let cruelty, and countries who make cruelty others wait our visit, Turks has no patience anymore,” the hackers wrote on the UN page in English.

Among other websites hacked in that sweeping attack was Kenya’s Ministry of Transport. “All the muslims are together,” Ayyildiz Tim wrote on that page. “The CYBER-WAR will be appeared all the Countries which not respecting Islam. Ayyildiz promises that they will visit your areas too…”

“Once the accounts were compromised, the attackers direct-messaged the account contacts with propaganda for their cause or with a link to convince them to click on a phishing site that would harvest the Twitter credentials of the victim,” wrote McAfee analysts Christiaan Beek and Raj Samani.

Hackers also changed the Twitter wallpaper of targets to one of their Turkish nationalist calling cards.

The McAfee analysts recommended “journalists in particular, as well as others in high-profile positions” follow “appropriate safeguards to protect their accounts.”

“We are aware that one of the tactics from this group is to use Direct Messaging to communicate with other prominent Twitter accounts,” Beek and Samani added. “There is also evidence that private messaging history has been accessed from certain compromised accounts of prominent figures, along with other sensitive or confidential information such as private phone numbers and emails. If you receive a message, even from someone you know or trust, be aware that the message may not be from the person you know. It is potentially directing you to malicious content.”