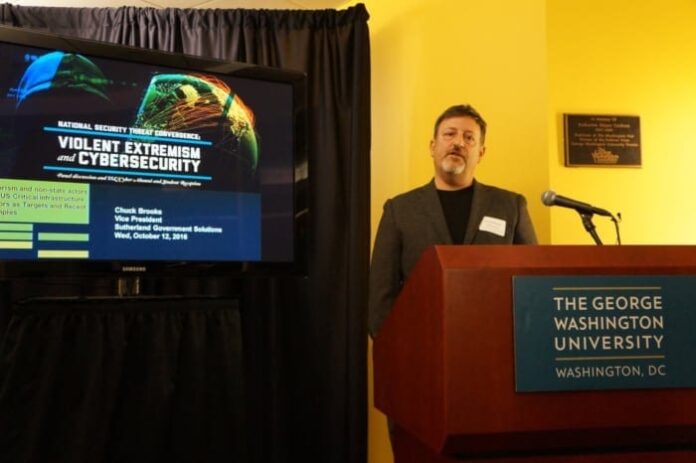 In this role, he will drive market strategy for existing and new market segments in the public and private sectors, define product inception, and develop go-to market strategies and partnering opportunities.

Brooks is the chairman of CompTIA’s New and Emerging Technology Committee, and he was recently appointed to be adjunct faculty in the Applied Intelligence Program at Georgetown University. Previously, he has served as first legislative director of  the Science & Technology Directorate at the Department of Homeland Security. He also served as a top adviser to late Sen. Arlen Specter (R-Pa.), covering security and technology issues on Capitol Hill. Earlier in his career he served a special assistant of the director of Voice of America.

He is an advisor to LinkedIn on cybersecurity and emerging technology issues, and in both 2017 and 2016 he was named “Cybersecurity Marketer of the Year” by the Cybersecurity Excellence Awards. Brooks is on the advisory board for the Center for Advancing Innovation, and has also served as a technology partner adviser to the Bill and Melinda Gates Foundation.

General Dynamics is a leading provider of mission-critical land, sea, air, space and cyber technology, with a global presence in 43 countries.