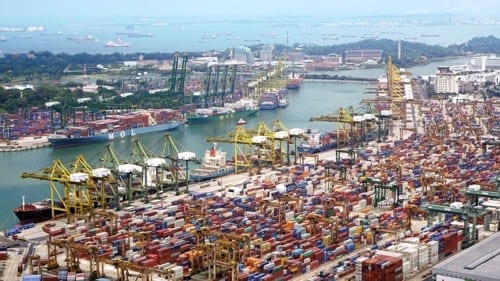 “We need to have improved ability for DHS, [the General Services Administration and] the intel community to be in a position to help inform procurement decisions by the federal government agencies throughout the civilian government, Manfra said, according to a Federal News Radio report. “We’re working with industry experts to refine what are the supply chain risks that we should be concerned about,” she told reporters at an event at the Brookings Institution in Washington, D.C.

DHS is dedicating staff time to the project and focusing on building a standardized process for building cybersecurity concerns into the supply chain assessments acquisition professionals already perform to determine contracts’ financial risk or energy footprint, Nextgov reported. The initiative first will focus on high-value assets, systems that hold critical information and so are most likely to be targets.

Last year, the Defense Science Board reported that hackers had compromised the software of several programs, including the F-35, forcing Lockheed Martin and its subcontractors to rewrite the F-35’s software, according to FNR.

Under the CBP-P&G partnership, the company will donate testing devices to verify the authenticity of its products, helping CBP officers and trade specialists reduce the possibility of counterfeit goods entering the U.S. stream of commerce, according to the CBP announcement.

“Intellectual Property Rights enforcement is a CBP priority trade issue, so we are pleased to announce the first formal partnership approved under the donations acceptance program to aid in the fight against counterfeits,” said Office of Field Operations Executive Assistant Commissioner Todd C. Owen.

The donations acceptance program administers CBP’s authorization under 6 U.S.C. § 301a (Section 301a) and the 2002 Homeland Security Act to accept real property, personal property, monetary and non-personal services donations from private sector and government entities. Donations can be used for port of entry construction, alterations, operations and maintenance-related purposes.