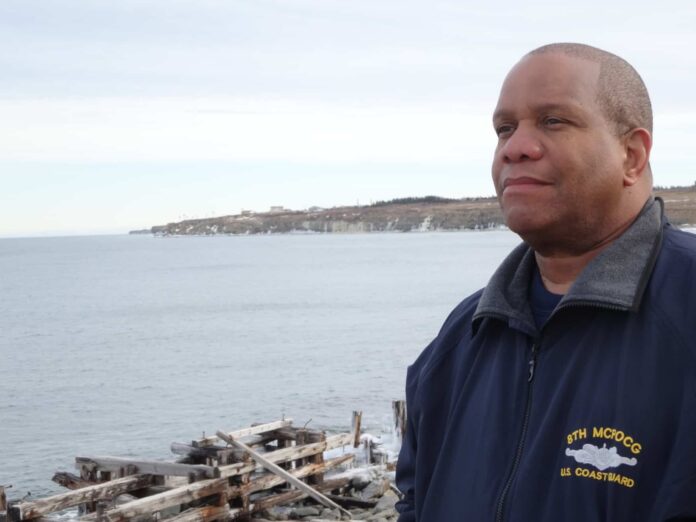 A native of Detroit, Vince Patton retired from the U.S. Coast Guard on Nov. 1, 2002, after serving 30 years of active duty. He became the first African-American selected as the service’s senior-most enlisted ranking position as the Master Chief Petty Officer of the Coast Guard in 1998. His career included staff and operational assignments both afloat and ashore throughout the United States, and a joint military service assignment in Cuba and Haiti. Throughout 2018, HSToday will feature interviews, advice, and insights from some of the foremost leaders in homeland security in the public and private sector to honor this theme and promote excellence in leadership throughout the homeland security enterprise.

HSToday sat down with MCPOCG Patton to discuss his insights and lessons from his extraordinary 30-year career.

HSToday: What was your greatest challenge as a leader in the USCG?

I entered the USCG at a very interesting time in our period of history: 1972. The Vietnam war was still on, we had the draft, and being in the military at that time, especially as a volunteer like I was, was not ‘in fashion.’ It really was a ‘different Coast Guard.’ There were no women on active duty at that time, although we did have women in the Coast Guard Reserve. Minority representation was abysmal, to say the least. The Coast Guard didn’t really keep track of minorities as far as how many were in, representation across the ranks, specialties, etc. I tell you this because throughout the course of my 30-year career, there was a lot of ‘catching up’ that the Coast Guard had to do, and I pretty much had a front-row seat to observe the progress and challenges.

When I became Master Chief Petty Officer of the Coast Guard (MCPOCG) in 1998, 26 years after I enlisted, there was good, though not great, progress in diversity throughout the service. One of the problems we in Coast Guard senior leadership had to deal with was promoting the interest of equal opportunity for all helped in strengthening the Coast Guard’s workforce as far as attitudes and effective human relations. There were some who felt that all this EEO stuff was not important, it did little or nothing as far as looking at the colossal missions that the Coast Guard had to handle both domestic and military. The challenge was to show them with evidence and conviction of how and why a diverse workforce brings forth the bedrock of the service’s core values of Honor, Respect and Devotion to Duty.

And show them we did! A lot of credit goes to my boss at the time, Adm. James Loy, who served as the 21st Commandant of the Coast Guard (1998-2002). He let me do my thing, as far as getting out there in the Coast Guard workforce where I had a chance to have many one-on-one, eye-to-eye discussions with shipmates up and down the chain of command. It was about communicating to them what was going on in the Coast Guard, what and where they fit within the organization, and to hear them out as their direct representative and adviser providing feedback to the commandant, as well as all of the senior officers. This is where I coined the phrase “Diversity of Thought,” as my best example to explain why diversity in the workplace is so important. What I didn’t want was to have people see these human relations policies as just a ‘fad’ or just a check in the box for ‘political correctness,’ but rather to give concrete, solid evidence that we need a workforce that truly understands and respects others, as well as make up a sampled representation of our country.

Did I succeed? Let’s just say I was just one of the many bricklayers who have come along before and after me to continue on with handling this challenge. The goal is to get better – to leave things better than you found it. I’d like to think that’s what I did during my MCPOCG tenure.

HSToday: What is your best piece of advice for an upcoming shipmate?

One of my favorite quotes that I have taken to heart throughout my adult life comes from noted African-American educator Booker T. Washington, who said: “I have learned that success is to be measured not so much by the position that one has reached in life as by the obstacles which he has had to overcome while trying to succeed.”

This particular quote has been my guiding light, not just throughout my Coast Guard career, but through today as well. The key point in all of this is everyone wants to succeed in some manner of whatever they set out to do. I can remember from my days on recruiting duty when I first talked to an applicant about joining the Coast Guard. I always asked them what do they hope to achieve during their enlistment? What was the motivation to consider joining? It comes down to start establishing goals, making a game plan, and going about to achieve it.

The quest toward success is not an easy one. It’s met with plenty of obstacles and challenges. It’s all about how you anticipate when things don’t go your way, and how to pull out of them. Most importantly – you can’t do it alone! Mentoring is the key! Seek out mentors. There’s no rule that says you have to have one mentor. Load up! A team of people you can surround yourself with is your arsenal of knowledge.

HSToday: What are the three essential qualities of a good leader?

1. Be the example
2. Set the pace
3. Follow the standards of conduct

Be the example: A good leader must always be cognizant of knowing that he or she lives in a glass house, and not to shy away from that thought. To earn the title ‘leader’ you have to accept the fact that there are people always looking at you, and what you do. For the most part, they look up to you. Never disappoint them with providing your own lack of discipline. To be the leader you have to always look your best, and never let your guard down.

Set the pace: Be it innovation, motivation, or just plain genuine enthusiasm. A good leader MUST set the tone for the anticipated and expected performance that you want out of your subordinates. Negative attitude breeds negative performance. The word “cheer” has to be quickly inserted before “leader” if you want to build and gain the respect within your workforce. Be with them – not above them, or below them. You have to show your subordinates that you truly have “been there, done that” level of experience to be an effective leader.

Follow the standards of conduct: Rules and regulations are there for a reason, though often challenged by conventional wisdom. However, a leader is placed in the position of being the ‘enforcer,’ which many leaders have difficulty in fulfilling that role. It’s about consistency and even-handedness, the assurance that you are treating all the same. More importantly, it’s also about the leader’s personal and professional conduct, which must always be above reproach. This goes back to the “be the example” definition as well as a vivid reminder that you as the leader do, in fact, live in a glass house! Following the standards of conduct also means having a full understanding and concept of what core values are – personal and professional. Every organization, like the Coast Guard, has core values (Honor, Respect and Devotion to Duty). However, the addition to that are personal core values. These are the inherent qualities that a leader has and how he or she uses them in a concerted effort with the organization’s core values. For me, my personal core values are People, Passion and Performance – which ties in well with carrying out my roles and responsibilities both while I was in the Coast Guard, as well as throughout my post-career professional life. You must first identify what your personal core values are and be able to follow through with the organization’s. In turn, this solidifies what and how you follow the standards of conduct. A good leader must convey this understanding to his or her subordinates, as well.