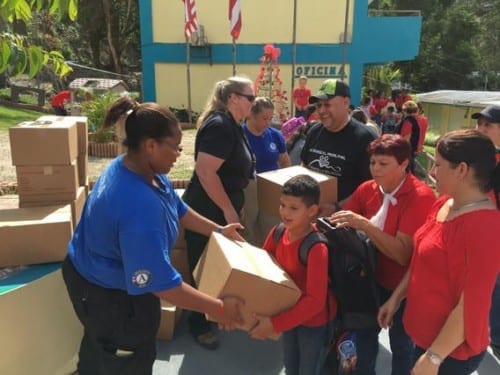 The Federal Emergency Management Agency terminated on Oct. 19 its contract for 30 million emergency meals with Tribute Contracting LLC, whose owner and only employee is Tiffany Brown, The New York Times reported Feb. 6. FEMA awarded the Tribute contract on Oct. 3, 2017, for ready-to-eat meals at $5.10 apiece to be delivered to Puerto Rico after Hurricane Maria devastated the island.

By the time 18.5 million meals were to have been delivered, Brown had provided 50,000, without the heating pouches required by FEMA’s solicitation for “self-heating meals,” prompting cancellation of the deal. FEMA paid Tribute $255,000 for 50,000, CNBC reported.

The Times report prompted Rep. Elijah Cummings (D-Md.) and Del. Stacey Plaskett (D-V.I.) to ask the House Oversight and Government Reform Committee Chairman Trey Gowdy (R-S.C.) to subpoena FEMA for documents related to the meals contract. Cummings is minority leader and Plaskett is a member of the committee. They seek to know how and why FEMA “inexplicably” awarded the meals contract to “a tiny, one-person company with a history of struggling with much smaller contracts,” according to their Feb. 6 letter.

“FEMA’s decision is even more incomprehensible given the company’s inability to fulfill previous government contracts that were only a fraction of the size,” the legislators wrote. The Federal Prison System and the Government Publishing Office (GPO) canceled five contracts valued at less than $100,000 each with Tribute in 2013 and 2014, according to the letter. GPO ruled Tribute ineligible for contracts larger than $30,000 from 2016 through 2019. It is unclear whether FEMA was aware of Tribute’s previous problems or disregarded them, the lawmakers wrote.

Brown has appealed the contract termination. FEMA said it would be inappropriate to comment on a contract under appeal.

“At the time of the contract termination there were ample commodity supplies in the pipeline, and distribution was not affected,” FEMA spokesman William Booher told the NYT.