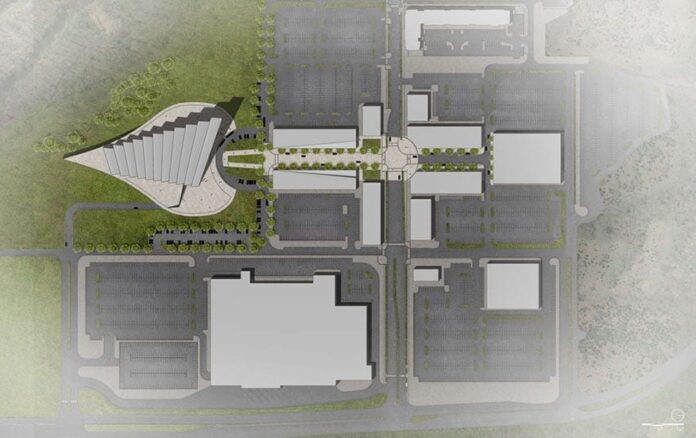 Plans for a museum that celebrates the efforts of American heroes that served in intelligence and special operations have been revealed.

The National Museum of Intelligence and Special Operations is planned as part of a 434-acre mixed use development in Loudoun County.

It is a joint effort of the OSS Society and Georgetown University’s Security Studies Program, and it will feature 19,000 square feet of exhibition space dedicated to intelligence and special operations. The OSS Society was founded in 1947 by Gen. William “Wild Bill” Donovan and it was America’s first secret intelligence agency.

It’s current president, Charles Pinck said: Not just the CIA, but the Green Berets and every component of our intelligence and special operations traces its origins to the OSS. The Navy SEALs started as the OSS Maritime Unit.”

Pinck says he has been working on the idea of the museum for seven years, and they expect to have a lease signed very soon. The museum’s plans, designed by Fentress Architects are based on an American eagles wing. Along with the museum, the development will also include a 4,000 sq ft events space and a 200 seat space that could be used for films and lectures.

As well as special operations and intelligence, the museum will also feature topics such as the evolution of technology and cybersecurity. Exhibits will be interactive, including augmented reality and real life escape rooms. A temporary exhibition space will ensure that topics stay relevant and current.

The museum, which expects to attract around 100,000 visitors a year has garnered support from some prominent figures in the special operations community – Robert M. Gates, William H. McRaven and Leon E. Panetta are all listed as honory chairmen of its steering committee. In their address, on the museum’s website, Gates, McRaven and Panetta say that: “the museum will honor those who have served and it will educate Americans about the critical role these agencies will play in defending the United States.”

The site that is selected is in Kincora, approximately 3.5 miles north of Dulles International Airport, which was designed by OSS veteran Eero Saarinen, on Route 28 in Ashburn, Virginia, and it is likely to cost almost $72 million to build. To see full details of the project, visit the museum’s website at http://nationalintelligencemuseum.org/