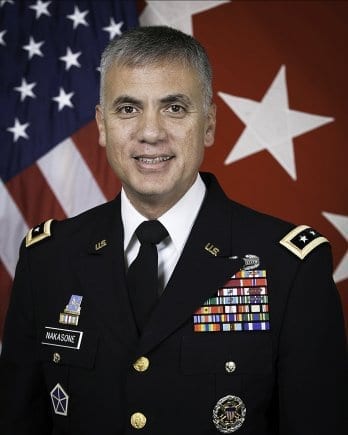 Lt Gen. Paul Nakasone has been nominated as the new head of the National Security Agency.

If confirmed by Senate, the move will also put Nakasone at the head of U.S. Cyber Command, the Defense Department’s digital warfighting unit, as the two agencies have shared a leader since 2009.

Since 2016, Nakasone has been the head of the Army Cyber Command, where he also led Joint Task Force Ares, a unit that develops digital weapons to fight ISIS’s online operations. Before that he oversaw the Cyber National Mission Force, the units that defend the nation’s digital networks and information systems.

The NSA has been in the spotlight recently after a number of high-profile hacks and an exodus of staff taking their skills to the private sector.

Nakasone will replace Adm. Mike Rogers, the current head of U.S. Cyber Command and the NSA, who announced that he intends to retire in the spring.